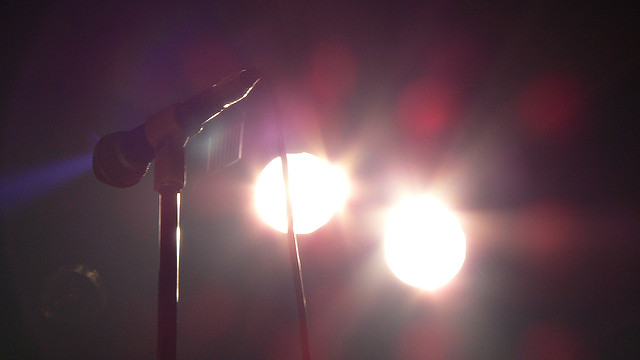 With all the recent beef involving rappers Drake and Meek Mill, heated debate has been revolving around who is at the top of the rap game. From the barber shop, to the lunch table, everyone has an opinion about who they think is the best out.

It is undeniable, even by people who are diehard haters, that Kendrick Lamar, J. Cole, and Drake are the frontrunners in the rap race for first place.

But what about these young Black men and their musical talent that makes people so passionate to put their name in the same conversation as lyrical legends like Jay-Z, 2Pac, and Nasty Nas?

When evaluating what exactly they bring to the table, many feel that they are elevating the culture with the types of messages they convey.

First year, Pre-Business Economics major Josh Alcaraz feels that “they all bring an aspect of storytelling to the new generation of hip hop.”

“They tell stories that are usually swept under the rug in ‘normal’ society,” Alcaraz affirms. “They all bring an aspect of storytelling back to the newer generation, which is something that hasn’t really been done since the golden days of Biggie and 2Pac.”

With albums like 2014 Forest Hills Drive and Good Kid, M.A.A.D. City (2012), it is apparent to see the narrative and continuity of both Cole and Kendrick as they give listeners a reminiscent illustration of their adolescence through lyrical imagery. While even before that, Drake blessed us in 2011 with an introspective and heartfelt look into his Trust Issues with the record Take Care.

Some, like Alexis Young, a first year Film Production major, consider each of these artist very distinct as far as their lyrical ability and their intended audience.

“I think he serves as a symbol of hope for today’s Black youth,” she adds. “But as a whole, I prefer Drake as an artist due to his versatility and ability to be innovative.”

Young feels that the Toronto rapper embodies a different element to hip hop by capitalizing off of the “popular mainstream” sound, simply because his ability to sing on a rap track is redefining what it means to be a rapper.

She concluded by saying that, “J. Cole is very underrated, even though he brings humanity to hip hop with his down-to-earth lyrics that question relatable and thought provoking topics, along with his overall vibe that makes him a force in the genre.”

A popular analogy I have been hearing lately among my peers is that they feel Kendrick represents the soul, J. Cole represent the mind, and Drake represents the heart of the rap game.

Fourth year Pre-Med and Anthropology major Wonder Edem concurs with this anthropomorphization of these rappers’ artistry.

“Kendrick and Cole inspire me more to be real with myself,” states Edem. “I feel they both have songs that are uplifting and real, while Drake makes me feel more in touch with my emotions.

She believes that Kendrick has great lyrical expression and connects a wide range of audiences to his songs; while Cole’s humble approach to music makes him stand out; and Drake brings the party but also puts people in their feelings.

But what we really want to know is, who is the best?

Out of everyone I have asked, they all agree that K. Dot is currently on top, then Drake, and Cole coming in third.

I personally would take Cole over both of his rivals, simply because I feel like he is more of a complete artist and I can relate more to his message. But I can also fully respect and understand the conviction of peers who feel that he is the underdog of this rap race because it is a pretty close call.

It would really take a bar for bar comparison to crown the king of the game. But what would be even more exciting would be a lyrical showdown between the three, similar to what all rap fans were expecting to see after the infamous Control verse Mr. Lamar recorded in the fall of 2013.

Mr. Manuel Rustin, my former high school hip hop history teacher and second year UCLA doctoral student, proclaims that if it came down to a beef, Kendrick would definitely dominate his competition “on all realms.”

Rustin declared that Kendrick is “more creative, original, and passionate,” while Drake is just entertaining and would easily win the popularity contest. He added that J. Cole simply lacks creativity and popularity encompassed by his fellow rappers.

With the much anticipated joint album between J. Cole and Kendrick being expected to drop in later this February and Drake’s Views From the 6 release announced for April 16, 2016, everyone will keep their eyes and ears open to see who will claim the throne and become the leader of the new school.