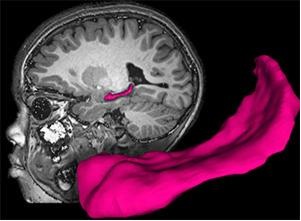 Young children who come from impoverished communities are more likely to encounter academic obstacles later in life.  Recent studies suggest that poverty may have a notable physiological impact on the brains of young children.

On October 28, researchers at the Washington University School of Medicine in St. Louis, Missouri published a study in JAMA Pediatrics journal linking inhibited brain development to poverty. Children from the ages of six to twelve years old were subjects in the research.  They received MRIs that revealed abiding depression in the students who came from impoverished environments.

Results suggested, “Poverty was associated with smaller white and cortical gray matter and hippocampal and amygdala volumes.” Research suggests that the presence of these neurological attributes may directly impair sensory perception, memory and speech, as well as the processing of emotions.

Additionally, a stressful environment and “caregiving support/hostility” were shown to increase the detrimental impact of poverty on the brain.

Researchers judged the quality of parental caregiving by designing a structured waiting task meant to observe the interaction between parent and child. Each child received a brightly wrapped gift and was told that they could open it once their caregiver completed an 8-minute questionnaire. Blind raters coded the parents’ response to their children in the form “Of both supportive (e.g., praising the child for waiting) and hostile (e.g., threats about negative consequences) strategies.”

Researchers at the Washington School of Medicine reached the conclusion that caregiving should be a pronounced public health effort meant to target and correct inadequate brain development in impoverished children. According to the study, “Good parenting” can combat this disadvantage experienced by students of impoverished families.

Charles Nelson, PhD of Boston Children’s Hospital, noted that “Caregiving support/hostility” was more or less arbitrary. In other words, parents of affluent families are not exempt from displaying similar parental faults and issues.

Regardless, the study has important implications for the state of academic achievement of students across various socioeconomic backgrounds in the United States.

Behavioral studies have provided firm evidence for the link between low socioeconomic status and the presence of poor academic achievement. Most notably, a report from the National Center for Education Statistics (NCES) revealed “Postsecondary attendance rates are generally lower for youth from lower socioeconomic backgrounds and those from various racial/ethnic groups…”

Since the beginning of the recession, the number of impoverished students has increased and the negative effects on academic achievement are expected to become increasingly apparent.

The implications of this study lead to many pressing questions: how can these children overcome their disadvantages? And, how can we prove that not everyone is destined to become a product of his or her environment?