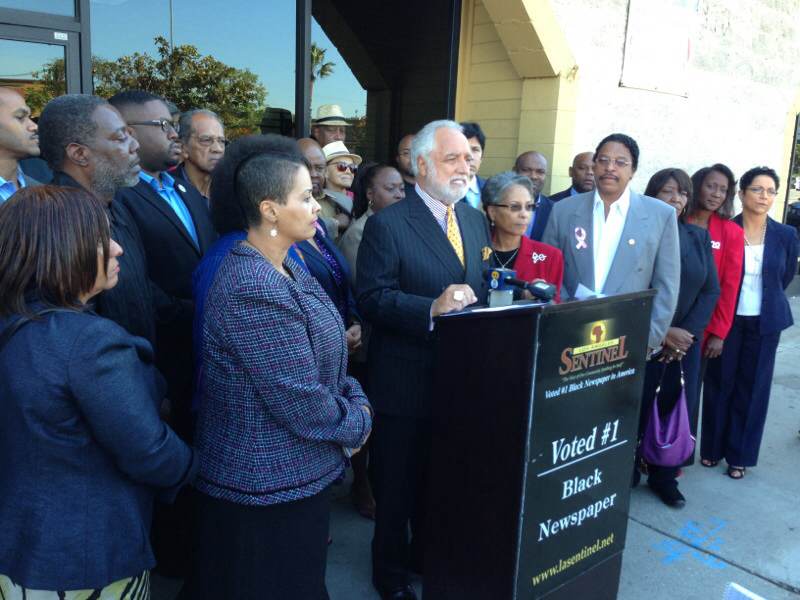 Danny Blackwell, owner of the L.A. Sentinel at the press conference

Black Los Angeles leaders came out in a show of solidarity yesterday morning at the Los Angeles Sentinel headquarters in an effort to persuade the Supreme Court to “do the right thing” in regards to Affirmative Action.

Danny Blackwell the director of the L.A. Sentinel states, “We need the Supreme Court to be mindful of how important this day is in terms of giving life to future generations to equal education that all of us are paying for. We have the burden of paying for education, but we don’t have the right to participate in education.”

According to UCLA Today, in 1998, the first year California’s Proposition 209 went into effect, UCLA saw a drastic drop in Afrikan American, Latino, and American Indian enrollment by, 33 percent, 42.6 percent and 46 percent decreases respectively. UCLA’s Afrikan American enrollment crisis came less than a decade later in 2006 when Afrikan Americans made up only two percent of the incoming freshmen class.  According to UCLA’s Admissions data as of fall 2012, UCLA’s Black population was at 3.88 percent, Latino at 17.18 percent, and American Indian at .56 percent,.

According to Leon Jenkins, head of Los Angeles NAACP, Proposal 2 and Proposition 209 stifles diversity, “Diversity is where you have [enough] of any group of people… [to reach] a critical mass. A critical mass is when you have enough people—enough students in that university so that when that student looks around [they] don’t feel alone. That that person is not [made]… the spokesperson for the whole race or the whole ethnic group.”

Access to the most prestigious state universities is disproportionately accessible to those students coming from affluent high schools that offer the most advanced placement classes, and excludes the vast amounts of students of color from competing. Educational opportunities create economic opportunities, which in turn create political opportunities that, ultimately, become the equity of power. According to Senator Kevin de Leόn, “Affirmative Action is not just about the color of your skin, it’s about economic opportunities. I would not be a State Senator today, or a head of the Appropriations Committee of the California State Senate—the only Latino to head the Appropriations Committee in the history of the California State Senate… if it wasn’t for Affirmative Action.”

To speak of Affirmative Action without accounting for its history and its impact on people of color in the United States, is not simply to be ahistorical, but to be disingenuous and insincere. Affirmative Action began as a result of Dr. Martin Luther King and organized communities of color throughout the nation challenging the hegemonic systems of control that limited their access in a myriad of ways.

When President Johnson gave the commencement address at Howard University in 1965, he commented on the very issue of equal access and what fair competition consists of, “’You do not take a person who, for years, has been hobbled by chains and liberate him, bring him up to the starting line of a race and then say, ‘you are free to compete with all the others,’ and still justly believe that you have been completely fair.”

Mandla Kayise, former president of UBAA and the head of Alliance for Equal Opportunity in Education, addresses the history of inequality, “The proponents of Proposal 2 and Proposition 209 want to say that racial injustice and inequality has ended; that it no longer exists. But moreover, they want to deny us the right to make the case that there is a legacy and history of inequality in this country.”

It appears that the nation is at a critical stage in which change is inevitable. Regardless of the Supreme Court’s ruling in favor of Affirmative Action or not, socially conscious leaders and activists of all colors will continue to fight for the rights of all people to have equity of education.  Despite the Court’s decision, Senator Kevin de Leόn states, “We will send [our children] to Cal State LA or UCLA, not to Folsom, Chino, or Pelican Bay!” 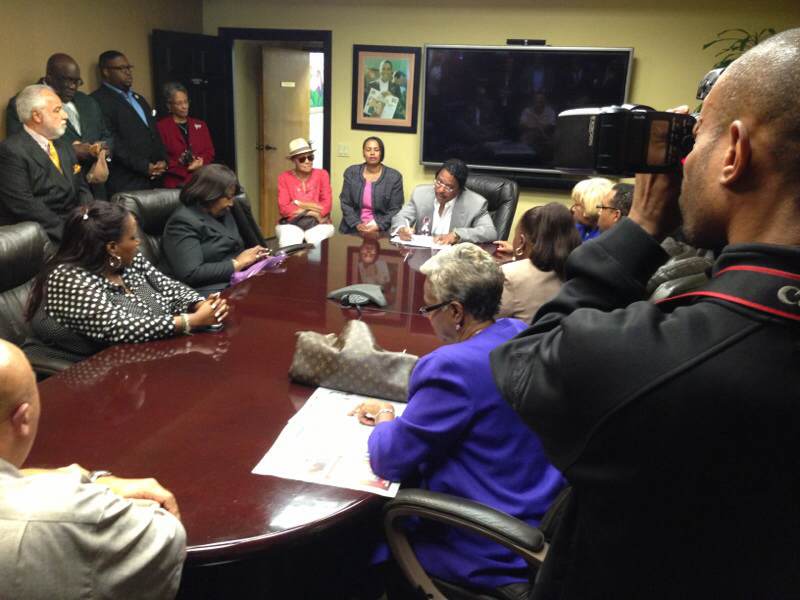