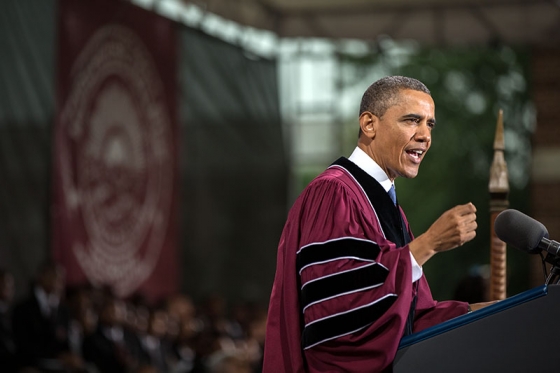 According to the Washington Post, the U.S. Department of Education is on the verge of creating tighter restrictions on parent and student eligibility for acquiring federal PLUS loans.  On July 30, 2013 the leaders of numerous HBCUs wrote a letter to President Obama stating that these new changes will have a “devastating impact on student enrollment.

Several philanthropic organizations such as the United Negro College Fund, the Thurgood Marshall College Fund, and the National Association for Equal Opportunity in Higher Education have recently asked President Obama and political leaders to prompt Congress to revise their position on PLUS loan eligibility.  Black conservative political analyst Brandon Price states, “One would think that President Obama, who recently gave a speech at Morehouse College, one of the top historically black colleges, would show more concern about protecting majority black institutions.” His statement alludes to President Obama’s acknowledgement of the issue and his push for an up-to-date appeal process to students initially denied PLUS loans next year. HBCU advocates do not believe that this alone is an adequate solution. For example, “The United Negro College Fund and other like-minded groups still don’t believe that these changes are enough and consider the appeals process a minor solution in the face of the thousands of parents, students and families still being denied,” says Price.

Based on pass restrictions, no further action to alter Congress’ position on PLUS loans will ultimately force thousands of low-income Afrikan American students already enrolled in historically black colleges to drop out.  According to the U.S. Department of Education, PLUS loan approvals fell by 20 percent over the past 5 years. The Washington Times reports, “Approximately 11,000 minority students at HBCUs, many in good academic standing, were forced to drop out and leave school for the 2013-2014 academic term as a direct result of these changes.”

President Obama is faced with a critical decision to either make sufficient adjustments for the thousands of Afrikan American students who have most likely supported his past two presidential campaigns or remain seemingly dispassionate about the issue.