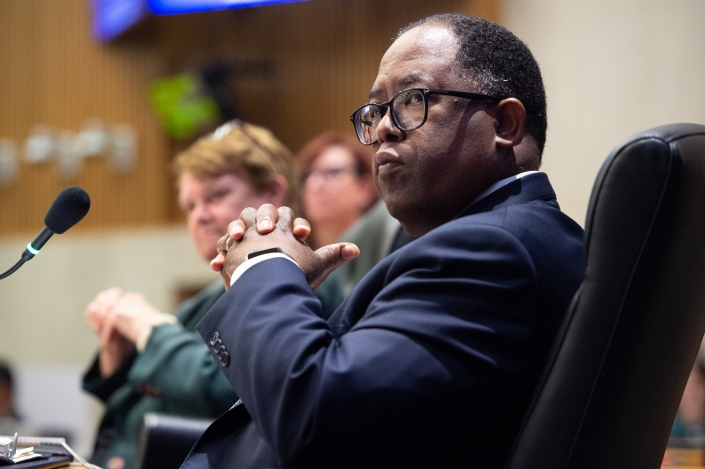 For years, the people of Los Angeles and activist groups, such as JusticeLA and Black Lives Matter, have been fighting to bring justice to one of the most immediate threats to people of color in LA: the law enforcement department. Thanks to a recent development between civilian organizations and the Los Angeles Sheriff’s Department (LASD), this reality seems to have become a little bit closer. In January of 2019, a new law was passed – Senate Bill 1421 – that requires law enforcement agencies to release department records with California Public Records Act (PRA) request. This was intended to bring more transparency to the Los Angeles Sheriff’s Department; however, the LASD has been doing a poor job thus far of upholding their end of the bargain. The department has been accused of hiding documents and being non-compliant with civilians who have requested said documents. This has caused outrage among civilians and other local organizations, such as the Los Angeles County Civilian Oversight Commission (COC), who have been trying to access these police documents and cases.

Earlier this month [October 2019], after a long battle, the COC managed to receive subpoena power over the LASD through the Office of Inspector General (OIG). But why is that so important?

To answer this question, we need to first understand what a subpoena is. A subpoena is a legal request for the procuration of documents or evidence. With this aforementioned power, the COC can subpoena documents from the LASD and they would have to comply or face the legal issues. This is a significant step in holding a sense of accountability over the LASD, as the COC can now demand documents as opposed to simply asking for them.

Supervisor of the COC, Mark Ridley-Thomas, said it best at the board meeting: “Transparency and accountability have been – and remain – critical hallmarks to the reform of the Sheriff’s Department. The COC’s recent lack of access to Sheriff’s Department data, documents and testimony has impeded their ability to perform their core oversight functions. Backtracking on progress made is not an option. Given this, the Board must rethink – and must be open to reconfiguring – their authority, including granting subpoena power, in the name of stronger reform.” It was this adamant mentality that brought about the much-needed reform, and that allowed Supervisor Ridley-Thomas to hold his ground during the meeting.

This new ruling was met with some resistance by the LASD, specifically from Sheriff Villanueva, the LA sheriff who has been at the center of much controversy following a questionable decision to rehire an officer accused of domestic violence and refusing to release important documents/cases. He had proposed his initiation as a member of the board that allocates subpoena power to the COC, but was quickly shot down.

For now, this new regulation provides the public with more insight into what is really going on behind the scenes at the LASD. However, the fight doesn’t end here. There is still more work to be done. In March, there may be a proposed ballot to expand subpoena power to civilians. This is a crucial step in our pursuit of justice and accountability. Without checks and balances, unequal power relations will continue to torment the oppressed.

On January 28, the Los Angeles Board of Supervisors granted the COC direct power to subpoena documents, data, and direct testimony from the LASD. Meaning, they no longer have to go through the OIG.

This will evidently provide the COC with newfound power to hold the LASD accountable, and bring transparency to what is happening within LA jails and policing in our community.

This will hopefully lead to much-needed reform, and give a voice to the victims of a corrupted criminal justice system.

With voting centers in Los Angeles County opening today, people across the county are preparing to exercise their right to vote. All eyes will most likely be on the “Presidential Preference” section, however, an unprecedented Measure R will also be featured on this ballot.

Measure R will allow the COC to keep their ability to directly subpoena the LASD. Which, as we have discussed, is critical for justice reform in LA. The measure also includes an additional section that would allow the COC to conduct a jail-reform research study, referred to as the “Plan.”

The Plan will be a feasibility study exploring the potential of reallocating $3.5 billion – originally meant for jail expansion – towards mental health treatment, crime prevention, chronic homelessness, and reducing jail population.

As you enter your local polling center these next few days, remember that while at times we are disconnected from what’s happening in D.C., there are ways to enact immediate change in our community. Voting “yes” on Measure R is a vote that represents the wrongfully convicted who do not have the privilege to voice their opinion; a vote for the institutionalized; a vote for the homeless; a vote for accountability and transparency; a vote for justice.