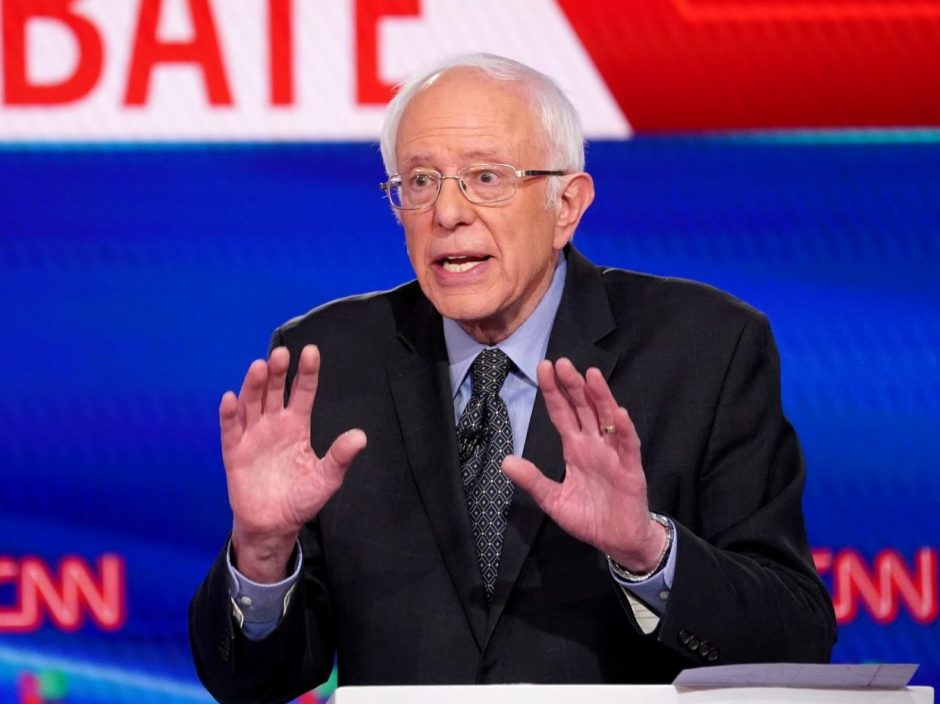 On Wednesday April 8, 2020, Senator Bernie Sanders announced that he was suspending his campaign, following the controversial Wisconsin primaries.

Sanders served as a beacon of progressive change and anti-establishment for many people of color and youth voters during these precarious times. Needless to say, his results in the democratic primaries have not been ideal for his campaign, which ultimately justified his decision to suspend his campaign.

Many are distraught at this announcement. Sanders suspending his campaign also implies that former Vice President Joe Biden will most likely be the frontrunner for the Democratic Party come November 5th.

However, as this weekend indicated, a large proportion of Bernie supporters are not ready to switch teams. Trending hashtags such as #NeverBiden and #BlueMAGA, highlighted the distaste and divide among the left-leaning population.

These Bernie supporters have been left aimless. Although the presidential election is still months away, it is important to stay informed throughout this process. These are some options that Bernie supporters may want to consider moving forward.

Let’s face it. Joe Biden does not have a particularly progressive platform nor is he a strong public speaker (which may prove to be his downfall in the presidential debates). On top of that, he has a questionable political history as a self-proclaimed liberal. If that wasn’t enough, he is also facing sexual harassment/misconduct allegations. However, for some people it seems that the “at least he’s not Trump” argument is enough to turn a blind eye on Biden’s flaws. So, yes, this is an option.

If you live in a state like California or Georgia that strongly favors one party, then you should strongly consider voting for Howie Hawkins, who will most likely be the 2020 presidential nominee for the Green Party. There is very little risk in voting third party when you live in a one party dominated state, because your vote will most likely not change the outcome of your state’s election. If you do live in a swing state then it may be worth considering a vote-swap/vote-pair so that you can vote blue in your state and still support the Green Party. Moreover, Hawkins is running on a very similar platform to Bernie – proponent for the Green New Deal, free healthcare, new housing programs, and many more. If the Green Party manages to get 5% of the vote they qualify for federal funding in the following election, which would be a step towards ending the two-party system.

Don’t vote for Biden or Trump; Do vote

Your ballot in November will include more than just a choice for president. There will be measures, propositions, and other political positions to vote for, aswell. Remember, the government is not solely run by the president. The best way to exercise your political engagement in this country is to be an informed voter, and to vote for people and policies that align with your ideals. If neither candidate represents your needs in November then it is well within your right not to pick “the lesser of two evils.”

It is fairly evident that there is a great amount of civil unrest with the current government and the direction its heading in. Instead of bottling your frustration and arguing with @Mike03875 the 50 year-old MAGA Twitter fanboy or Karen the white suburban mom with #BlueNoMatterWho in her bio, use your energy towards making a difference in your community. Many community organizers around the nation have been using this quarantine to prepare for events and protests. Keep an eye out for these clubs, organizations, and coalitions and reach out to them. Be a voice for your community and the less privileged. If there is no organizing in your community, then start your own movement and reach out for support. If you don’t know where to begin then ask a friend, use the internet, or reach out to Nommo. Bernie’s platform was more than political, it was a disruption in the status quo. His campaign may have ended, but the movement doesn’t have to.