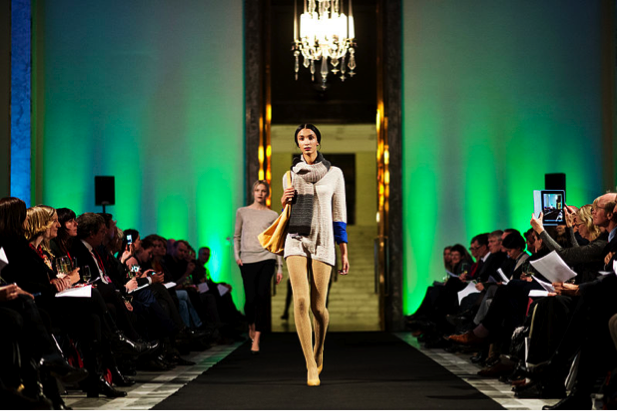 There has been a decreasing influx of Afrikan American models in today’s fashion industry and less Black models are casted in runway shows by high-end designers. According to thenewstatesmen.com, this year at New York Fashion Week, 6 percent of catwalk models were Black, 9.1 percent were Asian, 2 percent were Latina, 0.3 per cent were categorized as ‘other’, and 82.7 percent were white. In fact, a racial diversity report based on the New York Fashion Week runways was conducted in order to further display the discrepancy. According to jezebel.com, about more than 80 percent of the shows’ looks were worn by white models and about thirteen designers had only white models wearing their designs.

Bethann Hardison, a pioneering Black model, former modeling-agency owner and activist for diversity in the modeling industry, has also brought attention to the inequality. In fact, she and supermodels Iman and Naomi Campbell have joined together to form what is known as the Diversity Coalition. The Diversity Coalition is an organization that presses for more diverse representation on the runway.  According to fashionista.com, Hardison addressed her concern in an open letter to the governing fashion bodies of the major fashion cities–New York, London, Milan, and Paris– and wrote, “no matter the intention, the result is racism.”

Other celebrities and models have also argued against the racial barriers found in the industry. Chanel Iman told The Sunday Times Magazine that sometimes when she goes for casting calls for runway shows, she does not get to stay. “A few times I got excused by designers who told me, ‘We already found one black girl. We don’t need you anymore.’ I felt very discouraged. When someone tells you, ‘We don’t want you because we already have one of your kinds,’ it’s really sad.”

British model Jourdan Dunn has also added her voice to a campaign led by Black models for more diversity in the fashion industry. In an interview with The Guardian, she states that she wants to speak up about the lack of diversity in casting: “People think that all models get treated the same, but there is still a lot of bull-shit that happens.”

Most recently, Kanye West opened up a large discussion regarding the instances of racism overlooked in the growing fashion industry. In an interview on Jimmy Kimmel Live, West addressed the issue of discrimination found prevalent against Black models. West said: “There is no black guy at the end of the runway in Paris in all honesty.” This analytical debate raised many eyebrows and concerns about the continuing marginalization of Black models and designers by the fashion industry.

It appears that the only way aspiring Black models and celebrities can be fairly represented in the fashion industry is if they choose to stand up and vocalize these issues circulating the inequities of the industry. This pressing issue should continue to be addressed in order for there to be more Black faces in fashion culture and especially in the media. Besides, what would fashion be without color anyway?