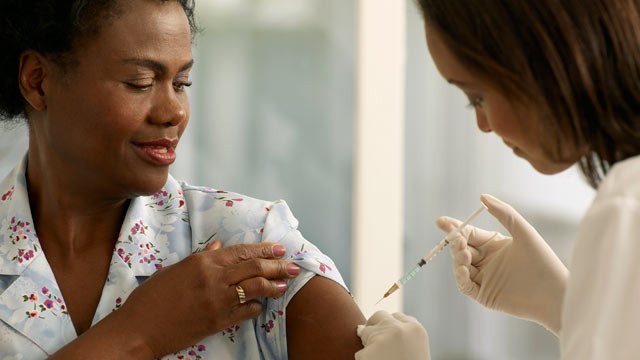 While the Mediterranean climate of Southern California means mild winters, warm summers, and a weather forecast that rarely—if ever—drops below the mid-fifties, Los Angeles is in no way exempt from the arrival of the ill-fated flu season. And, while it may be October—only the beginning of fall—flu season will soon be upon us.

Flu season is a period of increased outbreaks of the influenza virus, an infectious respiratory disease found in birds and mammals. According to flu.gov, flu season “peaks in January or February, but it can occur as early as October and as late as May.”

Considering this, it is to no surprise that health experts are already encouraging Americans to consider receiving a flu shot for the year. Following a flu shot it takes roughly 14 days for the human body to develop the antibodies necessary to protect itself from the viruses in a single vaccination. This is why many are urged to get vaccinations now, in the beginning of fall season.

Health professionals are also reminding Americans to consider the flu pandemic of 2009, in which a new strand of the H1N1 virus swept much of the globe. The United States declared a health emergency on April 15, 2009 as the virus quickly spread across the country to 48 states.

The Center for Disease Control and Prevention (CDC) states that flu shots are “the best way to reduce the chances that you will get seasonal flu and spread it to others.” A large proportion of Americans, however, opt to bypass a flu vaccination and instead choose to be wary of spreading germs. According to the Washington Post, as of November 2012, approximately 64.8 percent of the American adult population did not receive a flu vaccination. This information is reasonable because many people cannot fathom taking time out of their days to be pricked with a needle.

However, others reason that a flu shot is unnecessary, or that it is simply unsafe. The CDC states that the flu shot is not dangerous, and that with any vaccination there are always possible side effects. Americans are urged to consider their health and the health of others and to reevaluate the stigma that is commonly associated with flu shots.

Particularly within the Afrikan American community, flu shots have statically shown a pattern of being widely overlooked. The U.S. Department of Health and Human Services reports that, “African American adults are less likely than non-Hispanic white adults to have received the flu vaccine in the past year.”

In order to combat aversion towards flu shots, mother and actress, Tia Mowry has recently become a spokeswoman for a campaign to encourage annual flu vaccinations. She has partnered with MedImmune Specialty Care to spread awareness about the company’s new flu vaccination that comes in the form of a nasal mist. This could possibly present a solution to those who do not have a fondness for needles.

Today, October 25th, UCLA’s Arthur Ashe Student Health and Wellness Center is hosting yet another free flu shot fair from 9am to 5pm at the entrance to the Ashe Center. Are you planning to receive a flu vaccination this year?