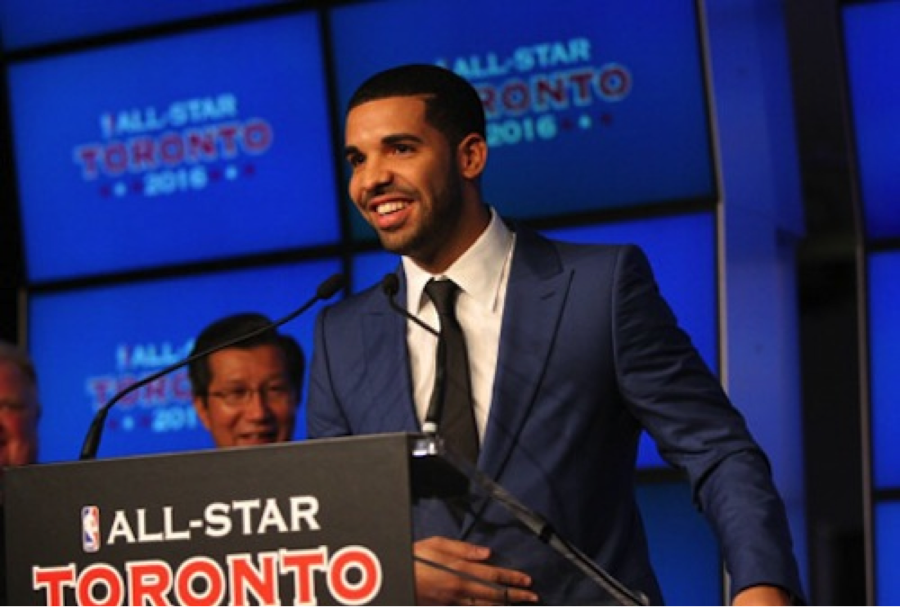 Drake Talks to the Toronto Raptors

We are just a week into the new 2013-14 NBA season, and a few teams have already made some big moves. The Toronto Raptors, lately, have been making headlines news. Started from the Bottom Now, They’re Here. The Toronto Raptors latest acquisition of local rapper DRAKE has the team on a quest to be Successful. Most certainly, DRAKE is the best they ever had in Toronto.

On September 30th, 2013 the team was thrilled to introduce their new Global Ambassador Aubrey Graham, Drake, during a press conference for the 2016 NBA All-Star game. Clearly, the team is looking to increase ticket sales and to utilize DRAKE as a staple to their rising success. After being named the Global Ambassador for the Toronto Raptors, Drake has got some work to do.

In a video interview, the YMCMB wordsmith, Drake opens up about “His goals and aspirations for the Raptors, about being a fan of basketball, and how it changed the city,” reports Jesse James, Senior Editor of StupidDope.com.

To find out more detail about Drake’s position as Global Ambassador for the Toronto Raptors and what it means to him, check out the interview and comment below.