Watch Jason Collins’ interview with Oprah discussing the struggle of being gay as well as African American, above. 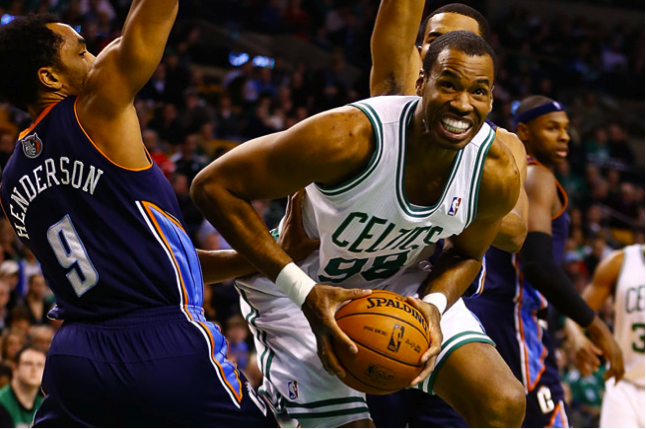 Jason Collins playing for the Boston Celtics before revealing the truth about his sexuality | Source: Sports Illustrated

A few months ago NBA player, Jason Collins became the first openly gay male athlete that is still active in an American team sport. His revelation gave other athletes the courage to reveal the truth about their sexualities such as Britney Griner, the #1 pick in the WNBA draft and Robbie Rogers, an American soccer player.

Collins marched in the 2013 Boston Pride Parade in June, walking in support of gay rights and encouraging everyone to be comfortable with themselves, regardless of what others think.

Coming out was a battle for Collins. At one point, he was engaged to a woman and was convinced that he had to live life as a heterosexual man, even though it wasn’t who he really was. As an athlete, he also struggled with how he would be perceived by other athletes who are known for their strength and athleticism, qualities that are not usually linked to gay males in America. Jason Collins told Sports Illustrated, “I didn’t set out to be the first openly gay athlete playing in a major American team sport. But since I am, I’m happy to start the conversation. I wish I wasn’t the kid in the classroom raising his hand and saying, ‘I’m different.’ If I had my way, someone else would have already done this. Nobody has, which is why I’m raising my hand.” 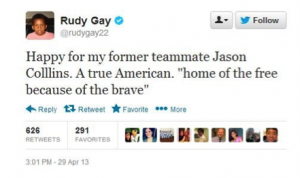 Despite his courage and the support he has gotten from the NBA, after becoming a free agent on July 1st, Jason Collins has failed to sign with a team for the 2013-2014 season. Throughout his career, Jason Collins has never been considered an exceptional player, as a matter of fact he is average at best. According to ESPN, Collins has career averages of 3.6 points per game, 3.8 rebounds per game, 0.3 blocks per game, and a player efficiency rating of 3.01, he has bounced around from team to team most of his 12 year professional career.

Whatever the reason, many people think it is important for him to find a team soon, in order for his stand to make a lasting imprint on people. It is essential for an openly gay athlete to be in the locker rooms and on the court to show people that sexual preference should not matter and that everyone deserves to be treated equally. 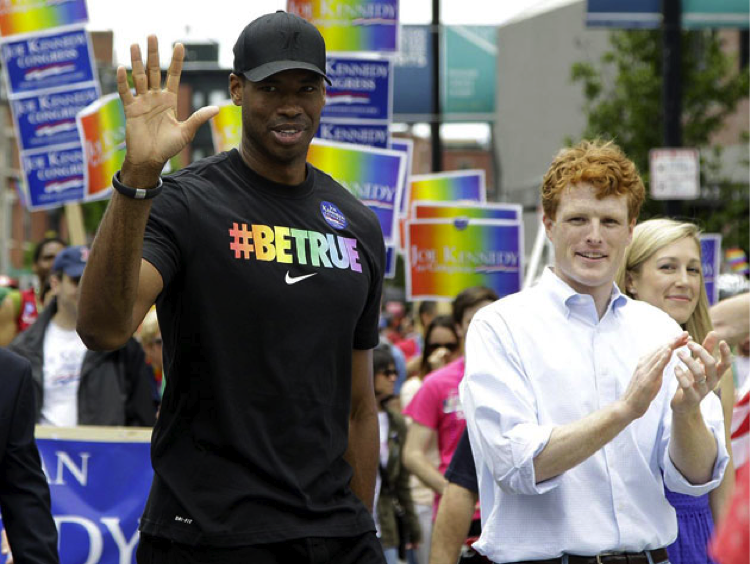 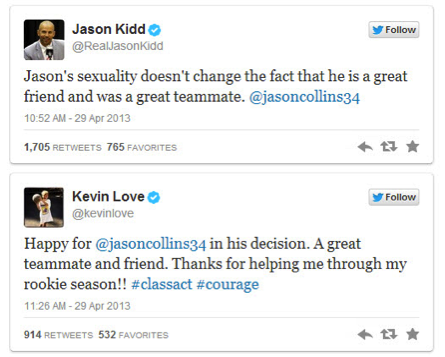 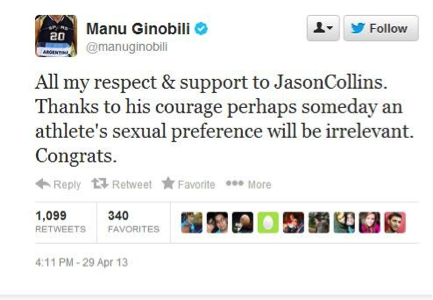