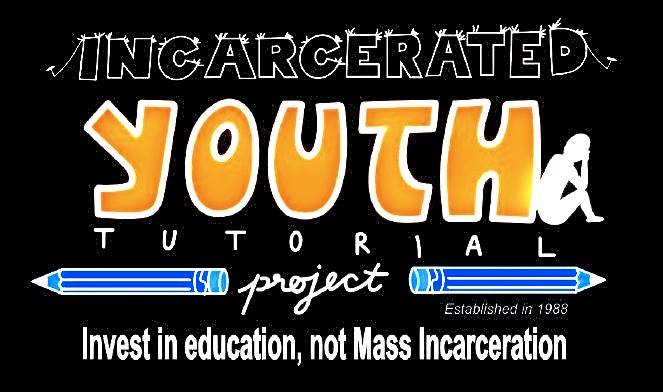 It is Thursday evening and a van pulls up to Camp Fred Miller Juvenile Detention Facility.  The van is filled with UCLA students.  They belong to the Incarcerated Youth Tutorial Project (IYTP) and have come to participate in a weekly session of tutoring and mentoring juvenile students.

As they enter the site they pass a wall which has photos and poems celebrating the graduation of former detainees who successfully managed to turn being at the facility into a positive experience, using their time productively to further their education.

The UCLA students are there to help give the young people a second chance at education by providing GED and CAHSEE tutoring.  As role models for their students, they also help inspire them to consider possible further education and career opportunities available to them when they leave.

Third-year Afrikan American studies student Sy Stokes recently highlighted this lack of diversity in a spoken word video in which he criticizes the fact that black males comprise just 3.3% of UCLA’s male student population, and only 1.9% of incoming male freshmen.

It is no coincidence that Afrikan Americans are overrepresented in the inmate population but underrepresented in the student population.  The mismatching figures can be attributed to what is known as the school-to-prison pipeline, whereby disadvantaged minority students are pushed out of the school system and into the criminal justice system.

Many factors contribute to this harmful transition.  Unreasonable “zero tolerance” methods of discipline in high schools are just some elements of the school-to-prison pipeline that have been proven to disproportionately injure minority students.

In 2011, a report released by the National Education Policy Center found that since “zero tolerance” policies were introduced, the number of suspensions for minor offenses, such as cell phone and dress code violations, have risen considerably – especially suspensions of Afrikan American students.  The report stated that in the Los Angeles Unified district over 1/3 of students suspended from middle schools were Afrikan American.

California’s Atty. Gen. Kamala Harris, mixed Afrikan American and Chinese American, has spoken out against the overuse of suspension as punishment for relatively harmless offenses since these suspensions discourage students from staying in education and wanting to learn.  “Out-of-school suspension for nonviolent offenses can set the stage for the type of chronic truancy that leads to students dropping out of school and becoming victims of crime,” said Harris.  She added that, “We need to hold kids accountable and to help them learn from their mistakes, but also to keep them in school and on course to graduate.”

Not only does the incarceration of young Afrikan American students disrupt, and often ruin, their education, but also, it negatively affects the education of other students due to the high cost of keeping someone imprisoned.  California currently spends more money on prisons than on education, spending a staggering $47,102 per inmate compared to just $8,482 per student.

In the “Black Bruins” video, Sy Stokes references the University of California Student Association’s IGNITE (Invest in Graduations, not Incarcerations, Transforming Education) program, which is designed to help reverse the school-to-prison pipeline.  One way that IGNITE aims to achieve this is by urging the UC Office of the President to allocate $10 million to student run recruitment and retention centers which will help traditionally disadvantaged students, including those formerly incarcerated.

UCLA alumna and UC Irvine student Regent Cinthia Flores, who has supported the IGNITE campaign, says, “If we’re not providing the opportunity for students to pursue higher education and continue to funnel them into the criminal justice system, we will continue to overfund our prison system and, in turn, underfund and deprioritize education.”

The students who already dedicate some of their time each week to the Incarcerated Youth Tutorial Project (IYTP) are providing a crucial service, helping to counter the school-to-prison pipeline.  In January a final decision should be made by the UC Board of Regents to determine whether or not more funding will available for projects like this.