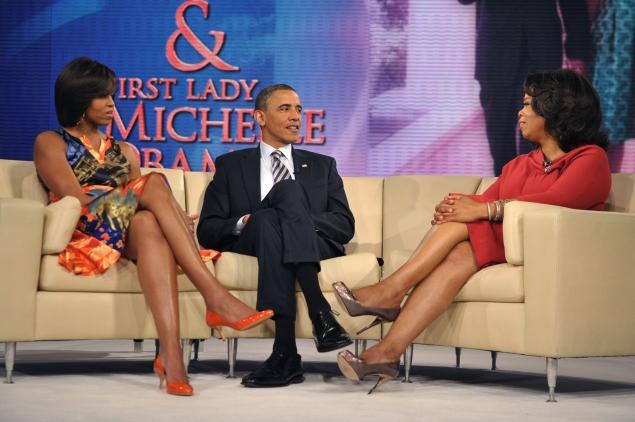 In the weeks leading up to the inauguration of President Barak Obama in 2008, there was an ominous suspicion lurking around America. Many Americans waited in anxious anticipation, bearing in mind the extreme lengths to which white bigots once traveled to keep blacks from voting, wondering if the racist ghost of America’s past would surface to remind us how close 2008 is to 1960.

To the surprise of many, the event went relatively smooth: there were no assassinations attempts, no Klu Klux Klaners picketing the white house, or any such protests.

Was the suspicion unnecessary paranoia? Has the election and reelection of an AfriKan American proved that racism’s career in the US has joined the “free love” moment and bell-bottoms as antiques of the American past?

Oprah Winfrey, a supporter of President Obama, thinks not. In an interview with the BBC news, Winfrey said, “I think there is a level of disrespect for the office and that occurs, in many cases…because he’s Afrikan American.”

Winfrey’s comments have ignited debate around the country, with one side viewing her comments as divisive race bating, and others seeing it as “telling it like it is”.

“The majority in the house are republican…they tend to try to make him look bad, and try to make him look like he’s doing a bad job. I think they’re doing it because of his race,” said Omar Hassan, a Philosophy major at UCLA. Omar’s comments mirror the ideas of many students who believe Obama’s opposition is racially motivated, such as Erin An, also a Philosophy major at UCLA who said, “If you look at the Tea party, they’ve had some very interesting things to say about Obama. So yea, I think in general, a lot of Obama’s opposition is because of race.”

Others feel that the election and reelection of an Afrikan American to the oval office has more to say about America’s progress than is being acknowledged. “I don’t think Obama’s opposition is because of race, I think it’s because of policy. If you look at the things he supports, like abortion or Obama-care, a lot of people disagree with these policies… so that’s why they oppose him,” said Krislam Junsay, a Global Studies and Philosophy major at UCLA. He went on to say, “I’m not saying that there is no racism, because there is…but we are moving forward.”

The notion that the United States has racially progressed seems to be a social axiom. As Oprah stated, “It would be foolish to not recognize that we have evolved, and that we’re not still facing the same kind of terrorism against black people on mass.” The degree to which we have evolved, however, is up for discussion.

“Racism is there, it isn’t as blatant as it was before…but it’s more subtle,” said Sam Rountree, a Philosophy and Public Policy double major at UCLA. Rountree’s comment expresses the beliefs of many people that don’t see progress as solvency.

Notwithstanding the disagreements about the degree to which America is getting past racism, nearly everyone seems ambivalent about the ability to put it in the past. “With the America we have now, it’s not possible,” said Rountree. He added, “We can’t stop people from being racist, but we can stop how it’s institutionalized.”

When asked if the Americans can get past racism, Hassan responded, “Well, we got to start small, and take it one step at a time. But it probably isn’t possible because we’ve grown up learning stereotypes and racist jokes that keep it alive… so we gotta start small with each generation if we want it to stop.”

Junsay, the Philosophy and Global Studies student said, “Racism is still a big problem, and we should acknowledge that. But, I think the percentages of people who dislike Obama, because he’s black, are in the minority. So we’re moving forward.”

Between 39 to 54 percent of Americans disapprove of how the President is doing his job according to new Quinnipiac University poll, making Obama’s approval among voters lower than it has ever been for any other president.  Rather this spike in his popularity is because of the color of his skin, or because of the content of his policies, this issue maybe debated for a long time.