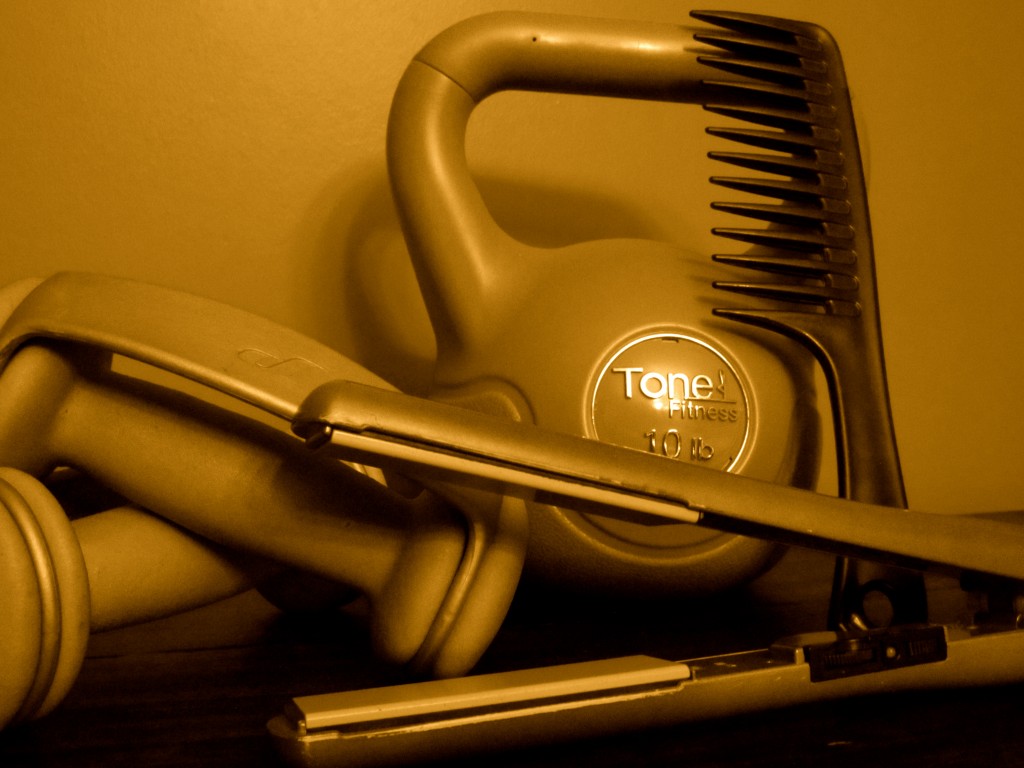 Afrikan-American women are passionate about their hair. They can spend a decent amount of time and money to achieve a hairstyle they enjoy sporting in public. However, an Afrikan-American woman’s hair may be the reason for her lack of exercise.

Dr. Amy J. McMichael, a dermatologist at the Wake Forest University School of Medicine in North Carolina, noticed that many of her Afrikan-American female clients were overweight or obese and decided to investigate why. “I’m treating them for dermatology related issues, but as a doctor [the high rate of overweight or obese Afrikan-American women patients] was even more concerning, because excess weight puts these women at risk for hypertension, diabetes and other serious problems,” said McMichael in a written statement.

In the study published this year, 103 Afrikan-American women were surveyed on their hair care practices and physical activity. 50 percent of the women surveyed had modified their hairstyles to accommodate exercise, and nearly 40 percent avoided exercise at times due to hair-related issues.

McMichael’s research noted that previous studies show Afrikan-American women as the least likely group to meet the proper levels of physical activity recommended by the Centers for Disease Control (CDC) and Prevention and American College of Sports Medicine. More than half of the women in the study exercised less than 75 minutes a week, which is less than half the recommended 150 minutes per week.

Surgeon General Regina M. Benjamin also recognized the importance of this issue. “Oftentimes I hear women say, ‘I can’t exercise today because I don’t want to sweat my hair out or get my hair wet,’ ” explained Benjamin in The New York Times. “When you’re starting to exercise, you look for reasons not to, and sometimes the hair is one of those reasons.”With this knowledge, Benjamin dedicated part of her time bringing more awareness to the problem and participating in efforts to rectify it during her term. ß She did so through media outlets like NPR and participating in events promoting the cause.

Dr. Antronette Yancey, the late professor of Health Services at UCLA, shared Benjamin’s sentiments. In August, 2011 Yancey told CBS news, “It’s definitely true that hair is a barrier to exercise for many Afrikan-American women. A white woman can shower and shampoo and blow dry her hair and get it back into style. It’s not that easy for Afrikan-American women who may have spent $100 or $150 on a hairstyle.”

It is important for individuals of the Black community to take part in physical activity, especially women. According to The Office of Minority Health, 4 out of 5 Afrikan-American women are overweight or obese.

In an effort to remove this barrier and get Afrikan-American women to begin exercising, despite their hair, UnitedHealthcare and the Bronner Bros. International Hair Show joined forces and began hosting an annual “Hair Fitness” competition. The third annual Hair Fitness competition took place in August 2012 in Atlanta, Georgia. These competitions involved hairdresser creations of exercise-friendly, yet fashionable hairstyles.

Surgeon General Benjamin attended the past two Hair Fitness competitions. According to The New York Times, Benjamin noted that Black men and women pay more attention to their health when their barbers and hairdressers reinforce the importance of healthy living. So getting hairdressers involved with hair fitness seems like a clever way to reach their clientele.

After taking a random poll of 20 Afrikan-American female students on the UCLA campus, I too found that this is a common behavior. All except four women said they do, or have, put off exercise in order to preserve their hair. Janae, a first year Business-Economics major, explained that when she does her hair she does not want to mess it up, but if it is not done exercising it is not an issue.

This appeared to be a popular sentiment among other women involved in the poll. “That’s my excuse,” reasoned a second year History student, referring to why her hair sometimes stopped her from exercising. While the reasoning behind one’s hair being an exercise barrier can vary, it is still present in a number of women. If these habits are present now, it is reasonable to assume they may persist and possibly escalate in the future.

It is understandable that after spending hours and sometimes hundreds of dollars on a hairstyle, one would not want it ruined in a 30-minute workout. But, the importance of exercise cannot be overlooked because of this. Instead, find a compromise that works for you so that you can maintain your hair and your health in equal measure.