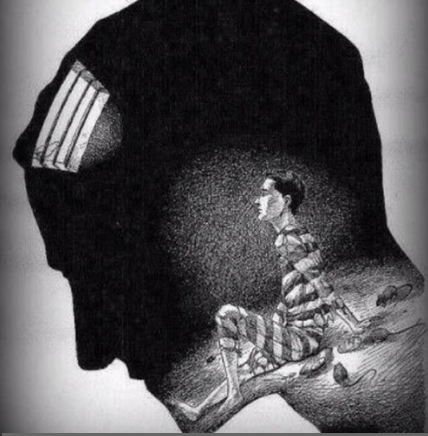 I understood what double consciousness was. I sat in my dorm room trying to understand White privilege in relation to it. It was easy to blind yourself and say it doesn’t exist. They even try to guilt trip you by saying we are making excuses and looking for pity. They can’t see it so they try to tell us it doesn’t exist. “The absence of evidence is not the evidence of absence,” an old American saying. I wanted to understand it and so I thought. I found a way to explain it to myself. The simplest way I could put it is as follows: Double consciousness is the awareness of bad & good in relation to each other. Single consciousness is the awareness of only bad or only good with no recognition of the other. In the context of the young Black university student coming from inner cities and/or “the hood” (often mistaken that all inner cities are the hood or ghetto, when in fact there are differences), the explanation is a bit more in depth: Double Consciousness is the awareness of the different standards of living the upper and the lower classes have through hands on experience. Double consciousness is realizing that the program made to ‘help minorities adjust to the college life,’ is not available to the majority of students. Then realizing maybe it’s because their high schools prepare them for college, like ours should, but don’t. Double consciousness is then also realizing the initial alienation and insinuation of us already being behind or at a disadvantage that we have to be helped or prepared as soon as we step foot on this campus. I’m not against it, it helps. But it helping also tells me that I’m right. Double consciousness is being aware that you are a Black student on campus, not just a student on campus. Double consciousness is walking around seeing that thrown in your face, knowing you’re labeled as a Black student, not just a student, like everyone else. Then also being looked at as that. Double consciousness is then realizing the better schools, parks, neighborhoods, and opportunities are readily available for the upper class and not for us. The worries and stresses of survival we have that they don’t. Simply because of different “classes.” Then I realized where ‘White privilege’ came from. The lower class knows of the higher classes because we are at the bottom and can only look up in order to know what we want. We have little and they have abundance. We want to get to the level they’re on. From the upper class perspective, it’s this simple, you have everything you want, why look down, there’s nothing you want down there. And when you get whatever you want, what you do not want does not exist.  In conclusion, the upper class exists to the lower class, but the lower class does not exist to the upper class. And in addition, when you get everything you want (figuratively) you gain a natural sense of entitlement to everything (anything you want). These combined create ‘White privilege,’ (which I can say, after thought, any race or group would feel the same entitlement to these circumstances, though it doesn’t justify the actions). It’s an oblivious entitlement. White people have a single consciousness. It’s unfair to say all White people, and probably untrue, but in the context of a university campus it is most. They are only aware or acknowledge one way of living that was taught and embedded in them since birth. While, and again it is probably untrue to say all, but most, young Black students have a double consciousness. They are aware of the living standards of the lower class as well as the upper class. I can even go on to say that some young Blacks that haven’t made it out of “the hood” or inner city have only a single consciousness of the lower class. But this is my opinion derived from my own thought. A theory, even, if I give myself that much…