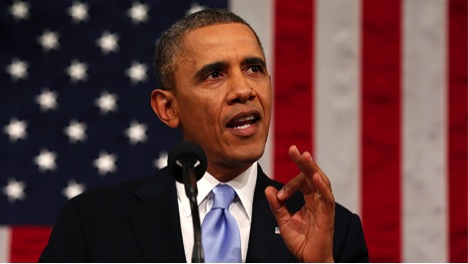 This past Tuesday, President Barrack Obama delivered his State of the Union Address informing Americans of the current state of the nation. Here he outlined his hopes and anticipations going into the new year.

Inequality, among other things, was a prominent theme in the President’s speech. He addressed the growing economic gap between rich and poor, as well as the future of America’s diminishing middle class.

While the president championed the accomplishments of his administration thus far, he recognized that there remains much more to be done. “Inequality has deepened,” he said as he outlined ambitious plans to gradually address existing disparities in unemployment and education.

The President focused intently on the status of impoverished and disadvantaged students in the United States. He emphasized the need for every child to have access to a quality pre-kindergarten education. Already within the past year, pre-kindergarten funding has increased by roughly seven percent, meaning a $5.6 billion allocation to education.

He then set his sights on the rising issue of student loans. “We’re shaking up our system of higher education to give parents more information, and colleges more incentives to offer better value, so that no middle-class kid is priced out of a college education,” Obama said. “We’re offering millions the opportunity to cap their monthly student loan payments to ten percent of their income, and I want to work with Congress to see how we can help even more Americans who feel trapped by student loan debt.”

President Obama then made a surprising allusion to race, something many presidents do not explicitly state in their national agenda. “And I’m reaching out to some of America’s leading foundations and corporations on a new initiative to help more young men of color facing tough odds stay on track and reach their full potential,” he said. Although he did not go info further detail, Obama openly acknowledged the plight of the United States’ African American male population in the face of institutional racism.

As the year progresses Americans must wait with anticipation to see what the President’s 2014 political agenda means for the future of Black America.

If you missed it, be sure to watch President Obama’s 2014 State of the Union Address at http://www.whitehouse.gov/sotu