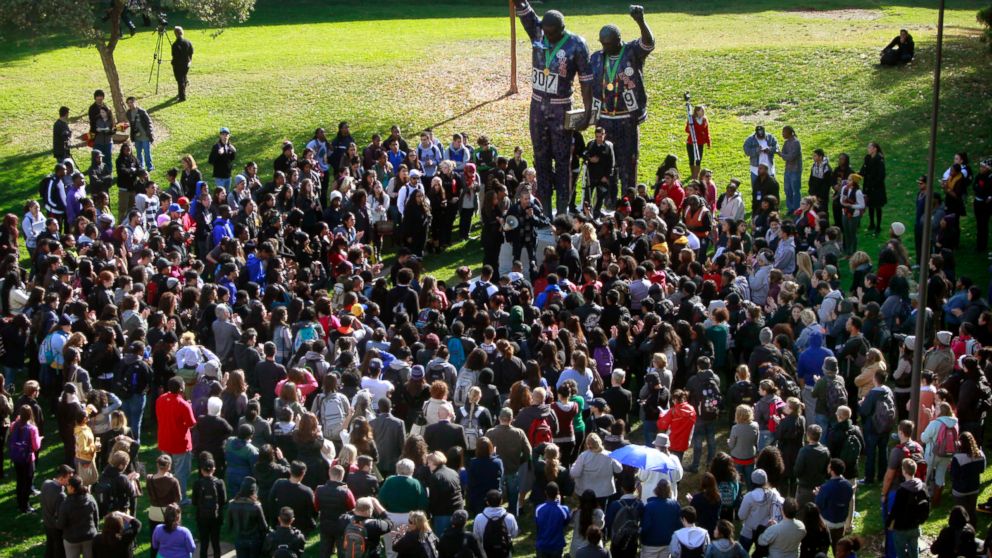 In response to verbal and physical assaults on a Black first-year student by his three white roommates at San Jose State University (SJSU) in November, UCLA’s Undergraduate Students Association Council (USAC) unanimously agreed to adopt a resolution that takes a stance against racism and to propose actions to support tolerance and diversity.

The resolution adopted Tuesday, January 22, hopes to confront these ongoing issues. It consists of USAC President John Joanino and External Vice President Maryssa Hall writing a joint open letter to Gov. Jerry Brown endorsing a statewide review of the condition of Black students within higher education. It also calls for UCLA to add a race studies component to its general education requirements.

The type of harassment the SJSU student experienced stunned all campuses and sparked a protest at SJSU. According to a spokesman for the Santa Clara District Attorney’s office, the White students placed a bicycle lock around the neck of the Black student, put up photographs of Hitler, hung a Confederate flag, and wrote racial epithets on the whiteboard in the suite they shared.

USAC officers said these incidents indicate a need for greater diversity and for UCLA to take a stance on the issue because being silent is irresponsible. “Even though it happened at a different campus, UCLA students are taken aback by the fact that it was allowed to happen,” Hall said. “We at UCLA are involved in a wide range of coalitions with other UCs and other state schools. We should definitely be taking a stance.”

For many years, underrepresented students on campus have been victims of hate crimes, harassment, and various forms of exclusion based on their race, and it is time for the university to take action against these incriminations.

“Students and faculty members have been lobbying for a diversity-related requirement for more than 25 years, but UCLA remains the only University of California college without one,” said Christine Mata, Assistant Dean of Students for Campus Climate. “Learning about other cultures and issues that aren’t necessarily from our background is key to understanding how we interact with each other as a campus,” she said. “The more we learn about diversity, the more open we are to positive interactions.”

Faculty in the College of Letters and Science rejected the proposal in June 2012 with a vote of 224-175. One concern raised by voting faculty members in 2012 was the feasibility of the requirement.

A similar diversity-related requirement proposed in 2004 was also voted down.

The requirement would have had students in the College of Letters and Science take one general education course that focuses on understanding differences between people of diverse communities. Professor Leuchter said a diversity requirement is imperative to ensure students participate in a common experience in order to send a strong message about our campus’ commitment to diversity.