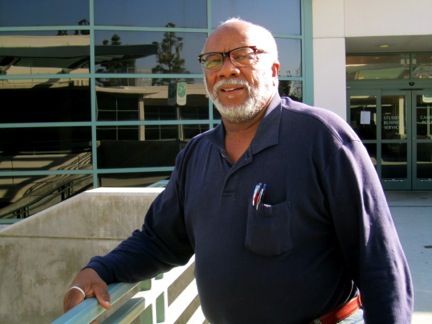 Prepared to flourish in a new setting, Daniel Johnson eagerly left his home state of Alabama to attend UCLA in the fall of 1964. Johnson entered the university wanting to demonstrate his intelligence, but was quickly taken aback after he failed his placement exams that were required for admittance at the time. He sought help through prep courses, and the following quarter he became a Bruin.

Johnson’s situation made him aware of a greater truth: just because an individual may not have the ability to do something, it does not mean they do not have the capability. It was due to his own experiences that Johnson wanted to help students like him find their way on the UCLA campus.

Johnson established The High Potential Program (HPP) as a way for students, who had the capability to be successful, to get the benefit of a UCLA education. He conceived the idea, structured it, and sold the chancellor on the program. Through a Teen Opportunity Program recruitment center located in South Central, kids were recruited for the High Potential Program. A staff of UCLA students would canvas the community for future Bruins. Preliminary assessments were conducted to define what level their admissions would be. It was then decided what kind of courses the kids would be allowed to take. Some students were determined to take university courses, while others took some preparatory courses. Everyone involved with the program was eligible for financial support and received financial aid.  The program’s goal was to find students with high potential and strong leadership skills that may not have been reflected in their academics. There was also the goal of bridging the academic gap for these students and providing them with economic, emotional, and social support. 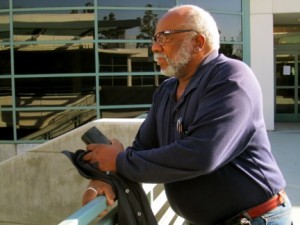 In the spring of 1967, the president of the UCLA African-American student group, Harambee, graduated resulting in the need of a new administrative structure. Johnson was nominated for the position, but he declined due to time devotion. Instead, Art Williams took the position. So how did Johnson eventually become president? “We staged a coo,” he exclaimed.

Later that fall, Johnson and Williams were not seeing eye-to-eye on different issues. As a result, Johnson and his friends legally overthrew Williams. After calling for a special election, Johnson won the position of President. It was also during this time that a Student Nonviolent Coordinating Committee (SNCC) operative was going around California to form a network of Black student unions. When approached, Johnson did not want to change from Harambee to the Black Student Union (BSU) and lose their Afrikan identity, but when put to a vote, it passed. From that point the group was deemed BSU making Johnson the first president of BSU at UCLA.

While heading BSU, Johnson felt it was important to have a place for Black students to speak on issues relevant to them. “There were no Black reporters on the Daily Bruin [staff]…there was no reporting of the news on the Black students in UCLA, except for the athletes,” explained Johnson. Sometimes members of BSU or Johnson himself would write columns that would appear in the Daily Bruin, but they had no media outlet to call their own. It was at this point that NOMMO was created.

Johnson appointed Marcia Brown as the first Editor-in-Chief of NOMMO in 1968. With a passion for journalism and the common struggle of minority communities, Brown seemed a fitting choice.

During the time Johnson was at UCLA for his undergraduate degree, the racial climate was thick both on and off campus. “The mood on campus was reflective of the national mood. It was a very mixed bag,” he explained. However, overall Johnson felt that the mood on campus while not overly friendly was positive and progressive. He did explain that not everyone felt as he did, but as a man coming from segregated Alabama, he felt he was in a better setting than before.  Johnson continued, “We need to be doing more to get along on the campus [and] UCLA was a leader in that right.”

As Black History Month continues, it is important to recognize the different contributions that have been made by African Americans. “Not enough credit has been given to Black students for taking lead on everything,” argued Johnson.

As Johnson shows through his story, one student is able to accomplish a lot, and by recognizing the accomplishments of such individuals, we remember the progress that has been made and can still be made.