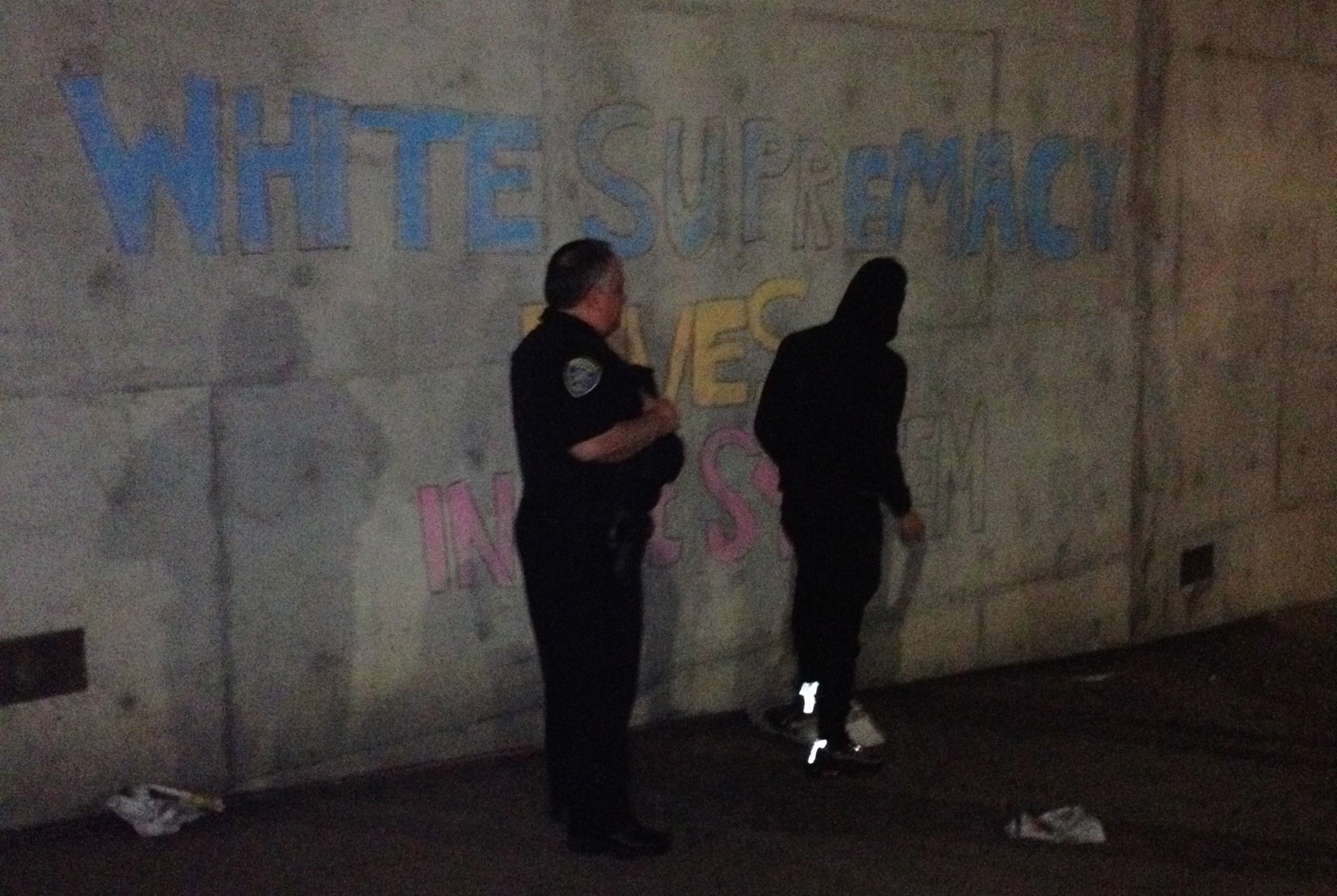 To write an unspoken truth with the intent of delivering a message is well within one’s rights. – This holds true when the intent is not to maliciously: deface, destroy, or damage public property. (Refer to California Penal Code 594PC)

“How do I make an impact

In a system that teaches me “all is right?”

How do I impact a system

When the system itself is necessary to gain means of making an impact?

How do I make an impact

When my efforts seemingly go unnoticed?

How do I impact a system

That was spawn in corruption?

How do I make an impact

When my brothers rather work the system than change the system?

How do I make an impact…”

On March 4th, 2014: Two UCLA students were detained for chalking, “WHITE SUPREMACY LIVES IN THE SYSTEM,” on the wall adjacent to Charles E. Young Drive West.

Although this particular wall is notorious for messages written on it, the two minority students were detained and reported to both UCLA’s Dean of Students and the Los Angeles County Judiciary, and are potentially being charged for vandalism. There seems to be an irregularity in the regulation of “chalking” school property.

“As I bolded the block letters spelling “Supremacy,” I could hear people behind me saying, ‘Well, that’s unfortunate. [And] I wonder when that’ll be taken down.’ Words of understanding were superseded by words of disgust, as though, us writing what most Americans think true, was a forbidden immoral act.

A few hours before, my girlfriend came home shaking in tears – both angry and hurt – displeased that a Caucasian women around her age had “matter of factly” called her a ‘Nigger on welfare [who would be arrested if the confrontation was reported, because she was Black ’]. None aggressive, but instead spoken like a professor giving a lecture, the women asserted an unspoken truth – The system works for Caucasians.

We just felt like, if she can spitefully say it without pause, she (and so many others like her) could bear reading those words— though yet rarely spoken. The message was supposed to make people uncomfortable, especially those who take it for granted. Written in chalk, the message’s purpose was to promote critical thought and revaluation.” ~ [Conscious Advocates]

Attempting to fill in the last letters spelling “SYSTEM”, the same system being condemned for oppression, blatantly displayed its purpose as the students were detained for refusing to stop filling in the letters. 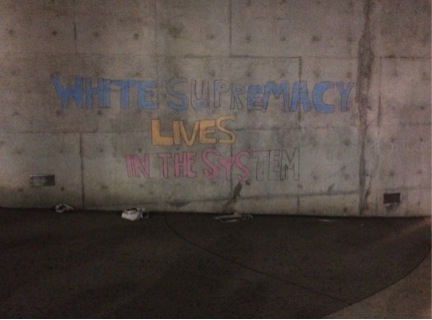 Erased hours later, the “research” institution’s message was made clear, ‘change is unwarranted when counter-intuitive to the well-being of the dominant public’– especially when truth is used to challenge. 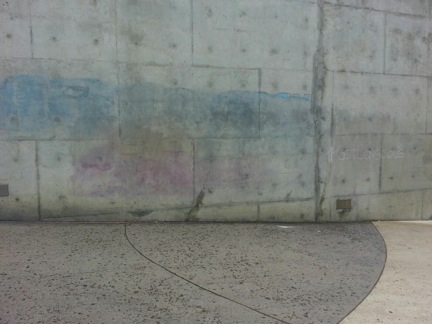 Chalk message completely erased in less than 5 hours of police confrontation with student.