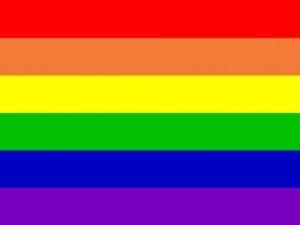 What is BlaQue Power? BlaQue stands for “Black & Queer” and is a student organization dedicated to the Afrikan American LGBTQI people on campus. BlaQue Power was created to empower Black LGBTQI people and establish our presence in the UCLA setting. The purpose of this section is to bridge cisgender within the Afrikan American community with the Afrikan American LGBTQ (Or Queer) community. There is a pain between the Black community and LGBTQ Black community, an unspoken shame, anger, confusion, and ignorance that lies between both marginalized groups. The pain comes from multiple factors such as slavery, homophobia, transphobia, sexism, racism, and poverty. It is a very intricate and complex feeling that many have trouble naming at times. With that being said, the purpose of this section is to simply educate the Black Community and other communities of color on LGBTQI terminology.

Lesbian (L) – a female who is interested in the same sex emotionally and physically.

Gay (G) – A male who is interested in the same sex physically and emotionally.

Bisexual (B)- a male or female who is interested physically/emotionally in both sexes.

An individual who is born either male of female biologically, but identifies as the opposite gender or no gender at all.  Each of these type of people are different in the fact that some undergo hormone replacement therapy and sexual reassignment surgery to began their new lives as the gender they feel they are on the inside. There is truly a spectrum of transgender people who determine their gender. Gender is not the same thing as sexuality. A transsexual is an individual who medically transitions and lives fully as the opposite sex. The term transgender is more politically correct and serves as an umbrella term for gender variant individuals.

Intersex (I) – An individual who is born both male & female.

Cisgender / Cissexual – An individual whose gender identity and sexuality aligns with their birth sex. For example, a male who identifies as a heterosexual male and perceives himself as male.

Homophobia/Transphobia – This is when an individual has negative feelings and perceptions towards individuals who identity as lesbian, gay, bisexual and transgender. These negative feelings can result in violence, bullying, hate crimes, murder and personal relationships ending.

This may seem like a lot, but once you understand the differences between each term it’s a breeze! The terms above are a great introduction into what will be discussed in this section. The Black LGBTQI community needs a space here at UCLA. The writings in this section will focus on our perspectives on life, politics, relationships, race, and our presence within the Black community.  Some writings will be personal and full of emotion while some will be completely lighthearted. Stay tuned for next week’s post. Please feel free to comment, share, and suggest any juicy topics you want covered!