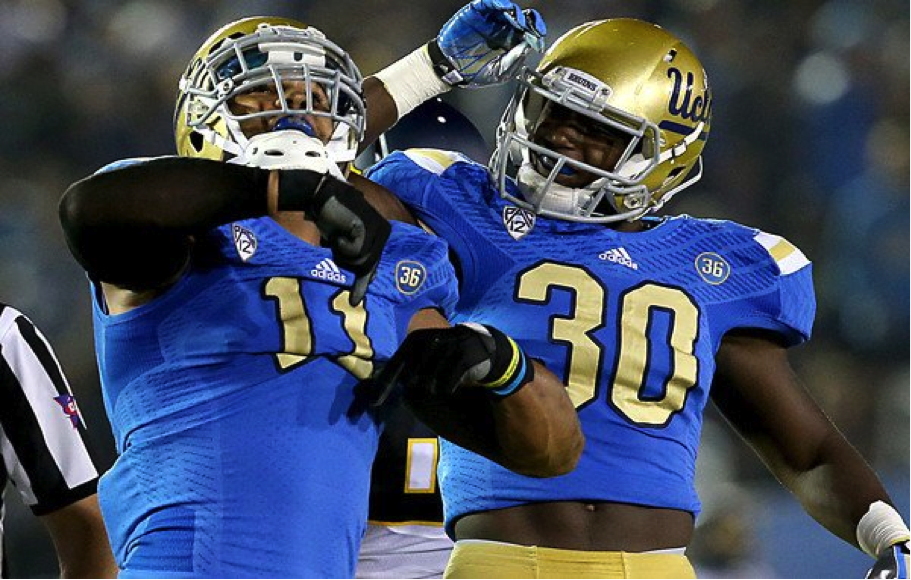 Once previously ranked at 11 in the Associated Press (AP) and USA Today coaches’ poll, the UCLA Bruins football have now moved to No. 9. This is their first time back in the top 10 since 2005. The last UCLA Bruins football team to be ranked this high with a finishing record of 10-2 was coached by Karl Dorrell.

Despite the winning effort in their game against the Cal Bears, the Bruins did not play their best game. UCLA now 5-0, will take their show on the road for their next two games against No. 13 Stanford and No. 2 Oregon. The back-to-back road games against two of the top teams in the Pac-12 North Division will be a daunting task for the Bruins. There will be much excitement at UCLA as the Bruins look to pull off the upsets on the road.

UCLA’s next two games can place them in great position to make strong bid for a BCS bowl game. The UCLA Bruins have not played in a Rose Bowl game since 1999, a game in which they lost to Wisconsin by a touchdown 38-31.

Many former UCLA Coaches and players believe this current Bruins team can go very far this year. Former UCLA Coach Terry Donahue, who led the Bruins to three Rose Bowl titles in 1982, 1983 and 1985 seasons had a few thoughts about this team. In his statements before the game he mentioned, “I think we’re clearly a top-10 team and we may be a top-five-caliber team.”

The fans in Westwood would love to see their home team make it back there in the last season of the BCS. With Stanford coming up next on the Bruins Schedule this weekend, they will be seeking some revenge after losing twice to the Cardinal last season.

UCLA’s game versus Stanford this weekend is scheduled to air at 3:30 PM ET on ABC and ESPN 2.