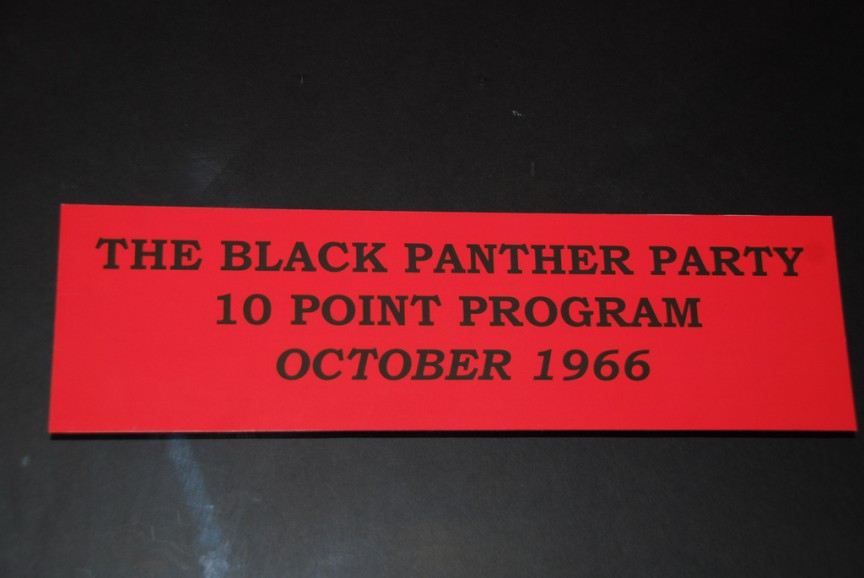 “We want Freedom. We want power to determine the destiny of our Black community”; this is the first point of the Black Panthers’ 10 point program. The 10 points were centered around bettering the Black community and dissociating from the broader white community.

The leaders of the Party were able to see the injustices surrounding their Black brothers and sisters, and they were able to come up with a comprehensive program to help. Thus, the party was started. In its original form, it was dubbed The Panther Party for Self-Defense then quickly changed to the infamous name of the Black Panther Party. Huey Newton and Bobby Seale, the founders, had a vision for a future; they wanted Black people to prosper despite the various barriers presented during the time period.

This massive movement started on a college campus among students. On the upcoming 50th anniversary of the Black Panther Party’s founding, it is odd that there is still so much controversy surrounding the Party. Back when the party was thriving, the central focus was building up of Black citizens, by Black citizens, for Black citizens.

The mass media did not and has not covered anything about the Panthers except their violence. The media then and now continues to exclusively focus on the Black Panthers carrying guns, and what they did with their guns.

It is true the Party and its members carried guns;however  this was not the main focus of the Party. The party was for the advancement of Black individuals on every level: socially, economically, and mentally. Atlanta Black Star reports that the Party had free: Health Clinics, breakfast programs, Youth Institutes, Food programs, and much more.

Some of the people, who were instrumental in keeping these programs alive and protected from the government that wanted to shut them down, are sitting in jail or seeking asylum in other countries to this day. One, Joanne Chesimad, is on the FBI Most Wanted List; she is better known as Assata Shakur. During her time in the Black Panther Party, she was a member of the Black Liberation Army. One of the many jobs of the army was to protect the Black residents as well as the facilities in the Black community. While she has a brief history with police, she, essentially, has been criminalized for safeguarding the rights of poverty stricken Blacks.

Another Black Panther Party member, Marshall Conway, was just released from prison two years ago. According to CBS news, he was been charged with shooting a police officer and was sent straight to jail. However, his trial, as NAACP has emphasized, was not fair, and he was just put away based on his affiliations with the Party.

The decision to have Conway released from prison caused much controversy two years ago. There are others in jail serving lifetime sentences with no hope of ever returning to the larger society. Many of whom do not have any substantial evidence convicting them and are kept away solely due to their affiliations with the Party.To the government they a threat, and, as a result, had to be extracted from normal society.

On the dawn of the 50th anniversary of this esteemed  party, there is much about the Black Panther Party people still do not know. Members of the Party remain incarcerated; some are running underground missions; and others are even trying to reorganize the Party to its prime. While paying homage to the anniversary, remember the efforts made by this revolutionary Party.