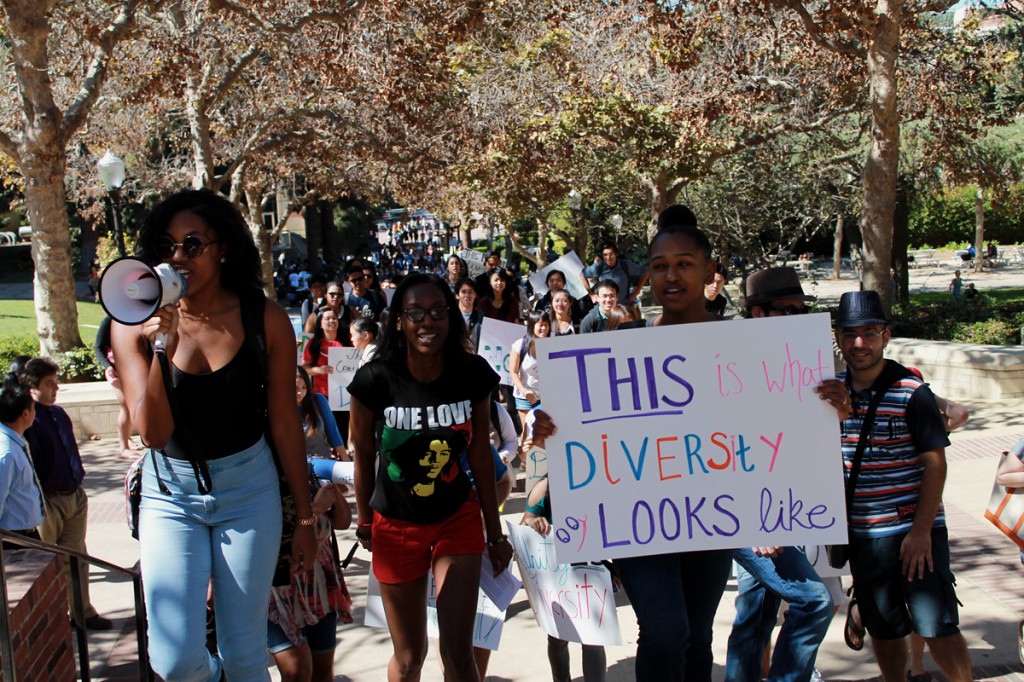 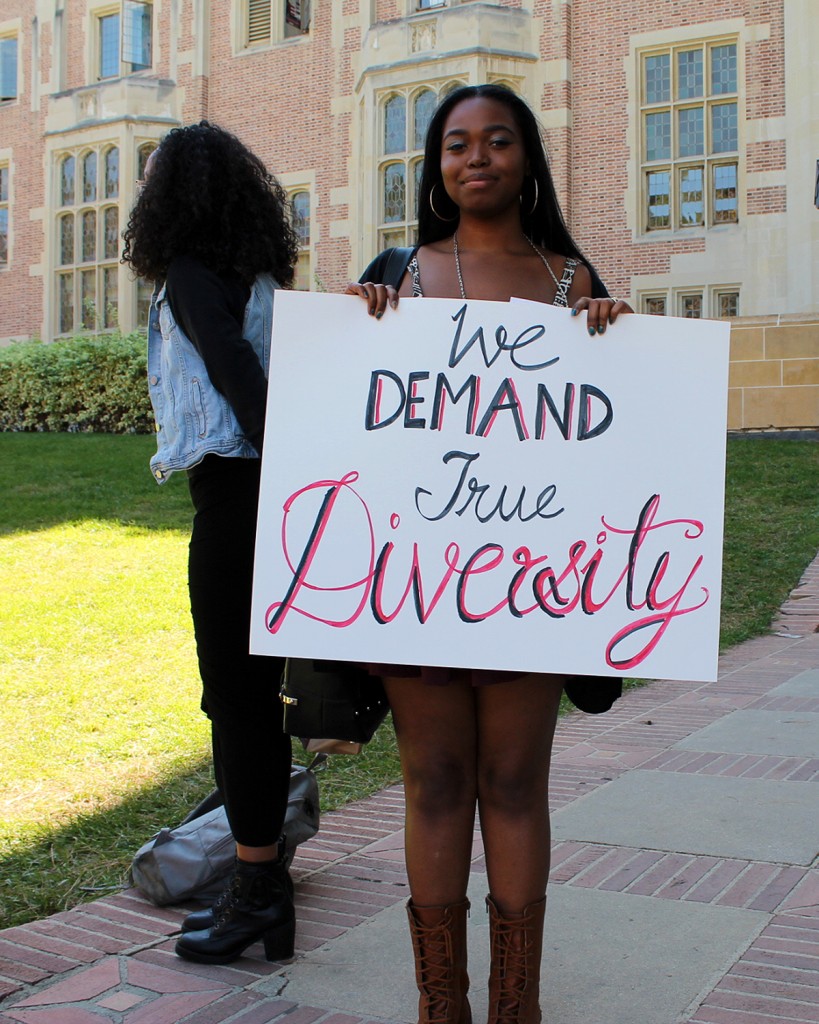 As the Supreme Court heard arguments over Michigan’s Prop. 2– an anti-affirmative action law that resembles California’s prop 209– dozens of UCLA students assembled in protest to demand racial diversity. Kamilah Moore, Chairperson of UCLA’s Afrikan Student Union led the call and response chant “What do we want?” and received a loud response from marching students, “Diversity!” Other protesters held picket signs that declared, “This is what diversity looks like.”

The court case Schuette v.Coalition to Defend Affirmative Action will decide rather or not Michigan colleges can use race, gender and sexual identity in the college admissions process. For many UCLA students, this case resembles California’s Prop. 209–which has reportedly reduced the Afrikan American population on campus by nearly 50 percent. Afrikan Americans currently comprise a mere 3.8 percent of UCLA’s student body. Jason Baum, a first year student from Orange County states, “It’s crazy that the number of African Americans at UC schools doesn’t represent the number of African Americans in the state.”

Yesterday’s rally represents another chapter of the battle for equality for racial minorities. According to Kevin Harbour, President of the UCLA Black Alumni, “Forty years ago we were talking about the same thing, we were devastated by the same thing.” We have to keep fighting…so that 40 years from now we won’t have to be here saying the same thing.” 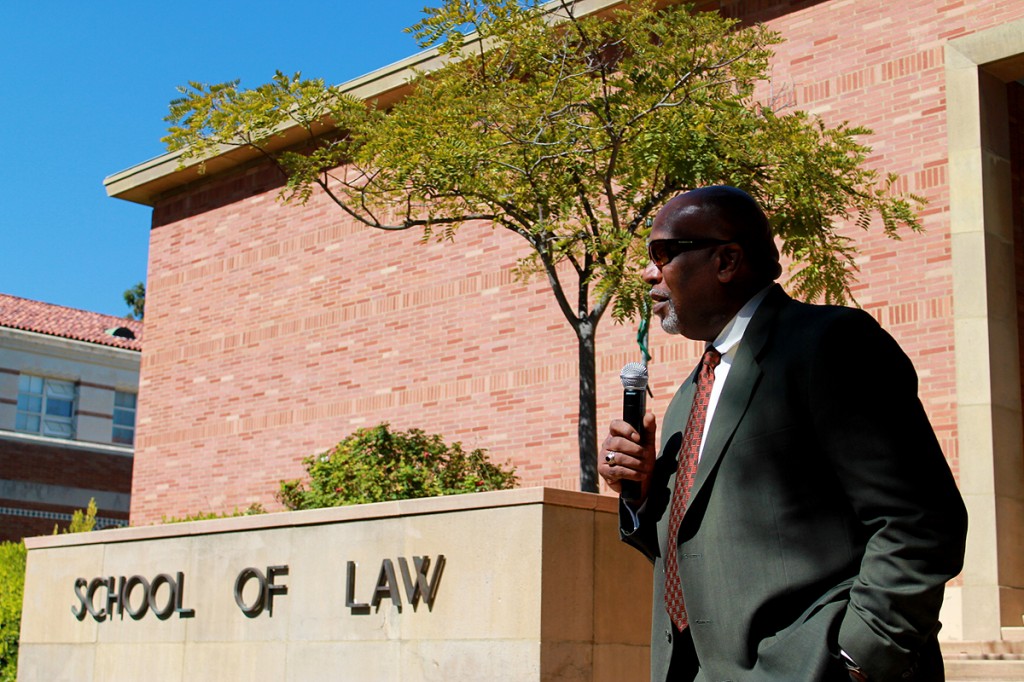 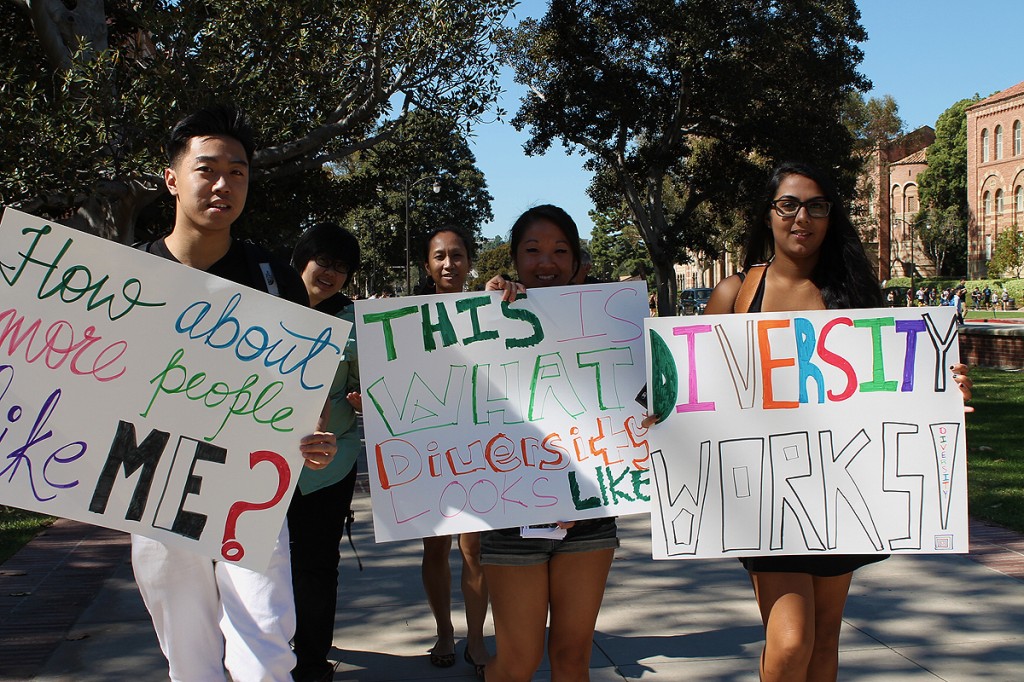