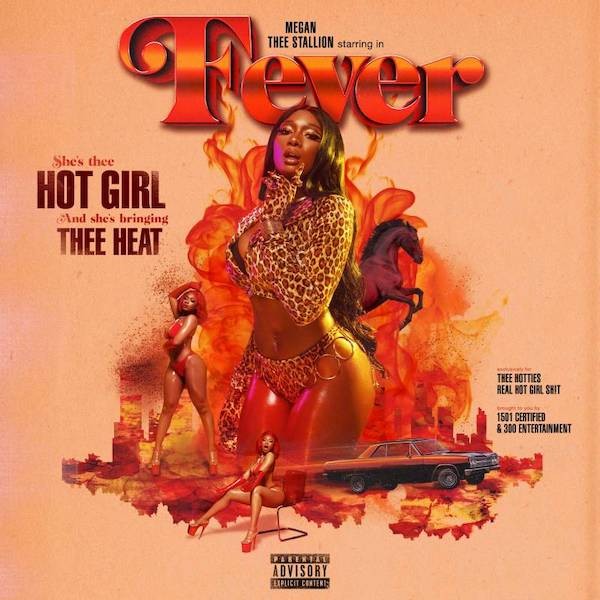 This past Friday, Megan Thee Stallion, aka the H-Town Hottie, aka Tina Snow, aka Hot Girl Meg blessed us with her album Fever. While the album is a rallying call for us Hotties to act up this summer, it also serves as the perfect reminder of the fact that women are running rap. Yes, RUN rap. And it is not even close. Now more than ever, it is time for niggas to take their appropriate role on the sidelines as waterboys and bench warmers while new faces take over the game.

Perhaps the most beautiful thing about our beloved women rappers is the abundance of melanin. Not only are damn near all our favorite women rappers Black, but in an industry that has typically only allowed Black women that reflect eurocentric beauty standards to achieve stardom, seeing Black women that don’t fit under these models is refreshing. Lizzo, a relatively dark skin rapper, is a woman who is bigger than what we are typically accustomed to seeing. Yet, she’s doing her shit and constantly gaining more fans. Rappers like Lizzo and CupcakKe are prime examples of Black women breaking a mold that has historically limited them from being seen on the large stage. Similarly, Leikeli47 demands recognition solely on the basis of her skill. Always performing under a ski mask, nobody really knows what she looks like. Rather Leikeli is only known for what happens during the moments her microphone is cut on. The same can not be said for the boys on the other side. An abundance of non-Black people like post malone, logic, lil pump, tekashi, russ, and g eazy take up space on the mainstream as they profit and appropriate off the work of Black artists.

Another quality that women rappers have over the men is how individually distinctive they are from one another. At a time where it seems like labels are trying to mass manufacture clones of trendsetters like Young Thug, Uzi, Future, etc, it is rejuvenating to see the diversity women are bringing to the game. There’s absolutely no way you can say that Noname, Tierra Whack, Dreezy, and Rico all sound the same. Each brings their own sound, drip, and flavor to music, and the same cannot be said for the boys constantly trying to be each other.

Unlike we have typically seen, there’s also this sense of comradery amongst women rappers today. As far back as the 80s, the few women in the game have been pitted against one another. From beef with Roxanne Shante vs everybody to MC Lyte vs Antoinette, women rappers have constantly been placed in opposition to one another. We see it today, where you’re either rocking with Lil Kim or Nicki, Nicki or Cardi, and so on. You must choose your favorite rapper as if there is not enough space for all of them to take their rightful place among royalty. Yet this increasingly no longer seems to be the case. In a game where we have usually seen only individuals win, it’s exciting to see an entire team of badass women rightfully take ownership of the rap game.

I would be remiss not to mention the overthrow of traditional roles Black women have played in music and rap in particular. As evident in music videos through the decades, Black women’s roles as video vixens and hypersexualized objects that serve the sole purpose of satisfying cishet men’s needs is far too telling. Perhaps now more than ever there is an increasing number of women that are reclaiming their sexuality, taking control of it, and even flipping the script to where men are subservient to their needs. Whether it be Meg telling niggas to eat it or get out or JT telling men “I’m a bad bitch, you gotta cash out” as the City Girls rap about how it’s that season where niggas cut checks for no reason, it’s only right that women are finally taking ownership of their own bodies in this industry and even demanding niggas to serve to their needs for once.

In a world where men are good for very little, one would like to dream they would hold their weight in at least rapping. Yet here we are. Until these niggas finally catch up, it’s about time to bask in the glory and greatness that these women rappers are serving. It’s time to give women in this industry the recognition they have been deserving of since its founding. So thank you Megan Thee Muthafucking Stallion, Rico Nasty, Noname, Tierra Whack, Dreezy, Kash Doll, City Girls, Lizzo, Leikeli47, CupcakKe and all the other women rappers that are revolutionizing this game into a league of their own.