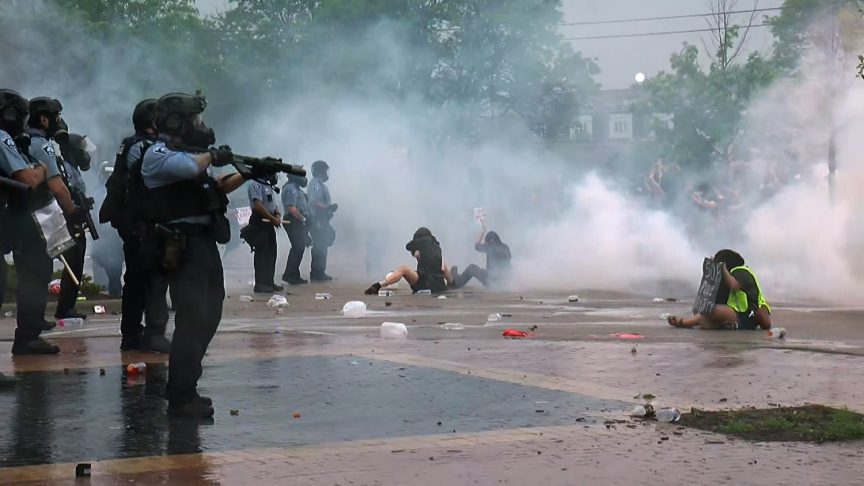 The day is July 17, 2014. One week later the Ebola virus will claim its first American life. But today is a warm, summer afternoon in New York City. Today, an African-American father of six named Eric Garner will be murdered by New York Police Department officers. His last words, “I can’t breathe,” will be printed across newspaper headlines, social media hashtags, and t-shirts.

His murderer, ex-officer Daniel Pantaleo, will walk away a free man.

The day is May 26, 2020, nearly six years since Eric Garner took his last breath. The streets are eerily quiet, because earlier in January a new virus outbreak has shaken up daily life. But today is a warm, spring afternoon in Minneapolis. Today an African-American named George Floyd will be murdered by Minneapolis Police Department officers. While being pinned to the ground with a knee to his throat, Mr. Floyd will struggle to mutter the same words that cost Garner his life. “I can’t breathe.”

His murderers, ex-officer Derek Chauvin and his accomplices Thomas Lane, Tou Thao, and J. Alexander Kueng, will await their trial.

For six years we held our breath, hoping for some sort of systemic change. During that time Michael Brown Jr, Tamir Rice, Christian Taylor, Sandra Bland, Philando Castille, Alton Sterling, and many more disturbingly lost their lives. All Black. All murdered by police. Before we could even catch another breath, history had already repeated itself.

How much longer can we hold our breath until we suffocate in our own indifference?

Cases like these are often demoralizing from an observer’s point of view. “Justice” comes from the hands of a system that was not built to serve or protect Black people. Rarely do we see cops receive more than a simple slap on the wrist for their actions.

We often feel helpless. We demonstrate our outrage on social media by yelling proclamations demanding change into a void that doesn’t seem to have a receiving end, but we want to do more. We want to enact change and hold corrupt officials accountable, but how?

It’s not too late to change the narrative. Eric Garner’s murderer may have walked free, but George Floyd’s story should not have to end the same way. Here’s how to help:

Efforts don’t end there. Here’s how to make strides to end racist policing and reforming our criminal justice system:

The day is May 27, 2020. The history of America has demonstrated that police are only here to serve and protect the ruling class. But today is May 27, 2020 across America. Today we take a deep breath and take action.