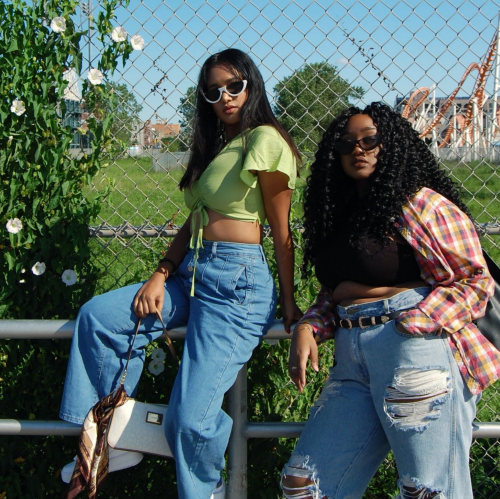 Do your friends only ever talk about what new man is in their direct messages? Are you the friend that only shares about her (straight) relationship or romantic encounters with men? You could be a victim of male identification, and you ARE entitled to financial compensation.

Conversations with friends are heavily centered around romantic relationships with men

When male identifier individuals hang out with their women friends, the majority of the conversation is centered around their romantic prospects or relationships with men. They ask for advice about their relationship, speak about their romantic partner’s qualities, and over-romanticize the affection they receive from men. With Black women, gossip culture and hair salon conversations enable the male identifying woman to speak freely and openly about her relationships with men. However, less emphasis is placed on celebrating the Black women in their social sphere, while more attention is given to their life in proximity to men.

“Cater 2 U” by Destiny’s Child is one of the most devotional love songs in recent music history. Still, it allows the male identifying woman to exist in service to men, despite the romantic underpinnings of the relationship. The “Cater 2 U” complex runs deep and stereotypes Black women as the caregiver and subjugate of their male counterparts. While the “male protector” role is prominent in the Black community, it perpetuates a cycle of women being dependent on their romantic partners in all aspects, including financial, social, and emotional well-being. Catering to your man can be cute, but the desire to do so may be rooted in fear, internalized misogyny, and allegiance to men out of necessity/survival.

Independent women (unmarried, single, self-sufficient) can also be male identifiers as they adopt patriarchal culture under the guise of “leveling up,” and being a “girl boss.” In the Black community, the #girlboss mentality is outwardly harmless, but may obscure itself into self-colonization by seeking validation from male employers in order to reach success, belittling other women to achieve supremacy over them, or adopting the “think like a man” mentality when approaching success. It also allows long-running expectations for Black women to be strong, powerful, and lift themselves up by the boot-straps to persist, and masculinizes Black women disproportionately.

Male-identifiers are usually unaware of their contributions to upholding the patriarchy, and these behaviors are normal! The patriarchal structure of many global societies centers men, and women are often socialized to engage behaviors that support these socializations. Instead of normalizing these behaviors in attachment to womanhood, we should analyze our own roles and consider how our subconscious daily actions contribute to our subjugation. As Black women, liberation is not a new phenomenon, and we must be dedicated to becoming women-identifiers.

We must be committed to putting women first, analyzing the ways we participate in our own subjugation, and actively working towards being a good listener when women speak about their passions, aspirations, and struggles beyond lens of men.

(These theories are developed from Adrienne Rich’s 1980 Essay “Compulsory Heterosexuality and Lesbian Experience” and adjacent feminist works, but are completely subjective. )