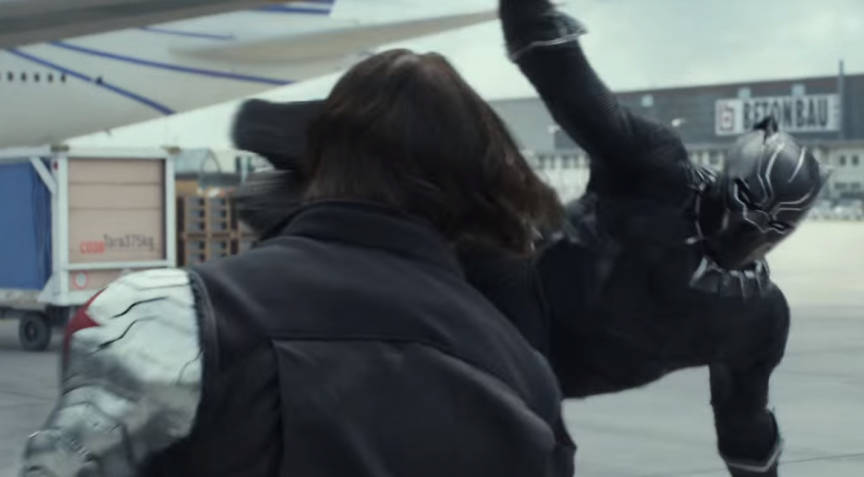 Marvel Studios just dropped the first trailer for Captain America: Civil War on tonight’s episode of Jimmy Kimmel, and it is undeniably epic. The teaser does an admirable job of making clear the premise and the stakes of the movie in just over two minutes—while showing off tons of gorgeous action and fight choreography, of course.

For those who aren’t familiar, Civil War is based on a Marvel comics crossover of the same name, in which superheroes become divided and fight each other over a controversial superhero-registration law. Relevant for the film is that the pro-registration side is led by Tony Stark (Iron Man), and the anti-registration side is led by Captain America. It seems that the film will hew to this general premise, though hopefully not to the more convoluted and politically-questionable elements found in the comics.

Oh, and by the way, Black Panther shows up, and he looks just as badass as you could possibly hope for:

Definitely the coolest head of state in the Marvel universe

Setting that aside, the trailer stands on its own with its epic action sequences and surprisingly affecting emotional stakes—the last line is pretty killer for any die-hard fan of the Marvel Cinematic Universe.

Check out the trailer below: