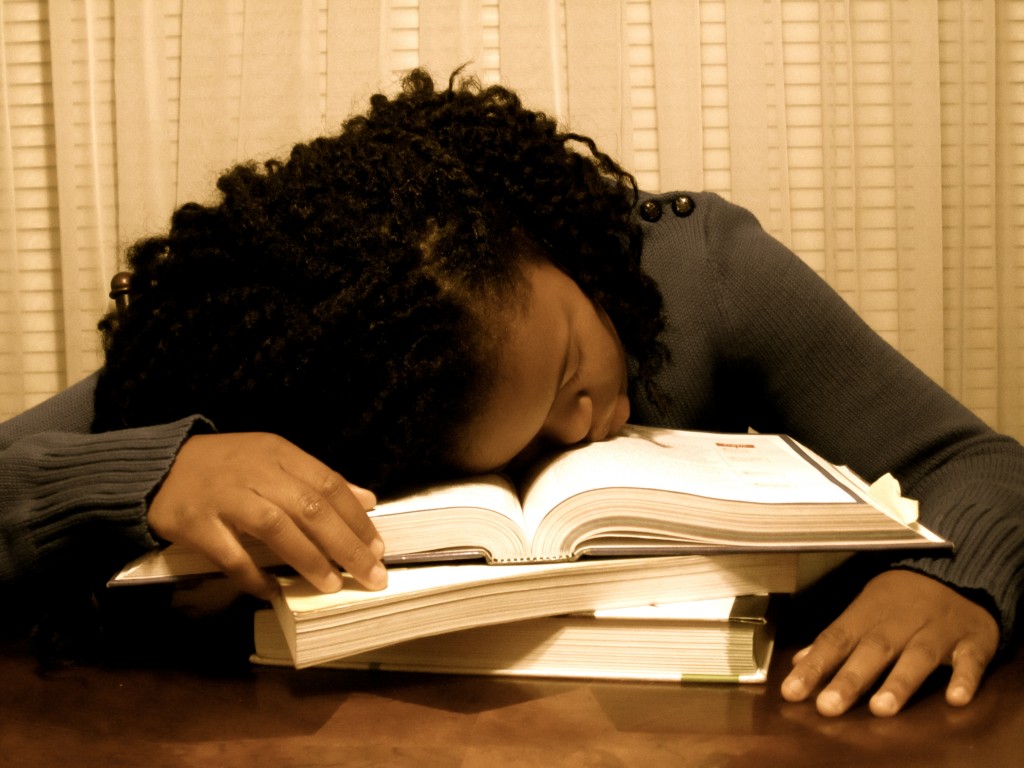 For the average college student or the hard working adult, lack of sleep may be considered a normal facet of the everyday grind. However, recent studies have shown that a decrease in quality sleep can significantly impact one’s health.

Ideally, people above the age of seventeen should get about seven to nine hours of sleep each night; people who sleep less than the recommended time are considered sleep deficient. An individual who lacks sleep is predisposed to having an impaired attention span and weakened cognitive functions such as memory loss and decision-making abilities. Chandra L. Jackson, a researcher at the Harvard School of Public Health, recently conducted a study that showed Afrikan Americans are likely to sleep less than White Americans. This was found to be especially true for Afrikan-American professionals. The research surrounding the links between sleep and declining health, highlights the importance of individuals to obtain sufficient rest, especially Afrikan Americans who appear to be scientifically more at risk.

Recently, sleep deficiency has been linked to an increased risk of obesity. Researchers at UC Berkeley have detected a connection between lack of sleep and one’s increased preference for unhealthy foods. Twenty-three healthy participants’ brains were scanned, using functional magnetic resonance imaging (fMRI), after a good nights sleep and a night of too little sleep. The participants’ brains were then monitored while being asked to rate photos of food based on their cravings for them. There was a selection of both healthy and non-healthy, high and low calorie foods.

After analyzing their data, researchers came to the conclusion that when an individual has had less sleep, the primitive decision making portions of the brain are more active. In other words, one is less likely to make critical decisions about their food choices. The study, published in Nature Communications, notes that sleep loss “is associated with a significant increase in the desire for weight-gain promoting high-calorie foods.”

Due to the increased preference for unhealthy foods, this study suggests that lack of sleep could likely lead to obesity. A separate study conducted at the University of Pennsylvania states, “Reduced sleep may disrupt appetitive hormone regulation, specifically increasing ghrelin and decreasing leptin and, thereby, influence energy intake.” The levels of these two hormones in the body tell a person when they are hungry and when they are full. By having these levels altered, it can lead to unnecessary intake.

While the decision to consider obesity a disease was made recently, it has been an epidemic for a while, especially among Afrikan Americans. According to the Center for Disease Control (CDC), Non-Hispanic Blacks have the highest rates of obesity at 49.5 percent. Obesity is known to lead to other diseases that are also prevalent in the Afrikan-American community including type II diabetes, heart disease, and hypertension (high-blood pressure).

So, while it may seem bearable to survive the day after a sleepless night, it is important to remember the next time you stay up to finish that presentation or get in that last episode of your favorite show, that the short-term gain could easily become a long-term consequence.